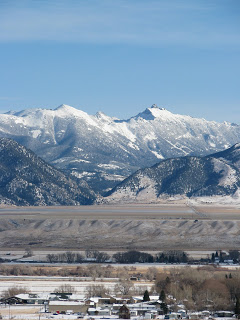 Greetings from the Weavers!

It’s beginning to look a lot like Christmas…finally! After an incredibly mild November and December here in southwest Montana, winter has finally descended. Its bitter cold outside, but inside its toasty warm and I’m loving that. Especially on those windy days this area is famous for!

We’re celebrating a simpler Christmas this year, light on the decorations and heavy on the memories. Last weekend Josh and I enjoyed a trip back in time. About a hundred and fifty years to be exact! Just down the road lie two towns rich in Montana history. Virginia City used to be Montana’s capitol after gold was discovered there in 1863. Over 10,000 people lived on the banks of Alder Gulch, but the boom didn’t last and people moved on. The town still remains, however, a “living ghost town” filled with rich history and lore. 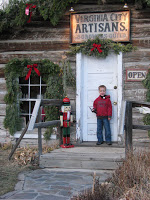 Our favorite stop was at the Virginia City Artisans. The store is incredibly quaint and their handiwork beautiful, but it was the cookies and hot cocoa outside around a campfire that captured Joshie’s heart! The really cute puppy didn’t hurt either. After touring a few of the open gift stores, we drove a mile down the road to where Nevada City has been restored with rescued buildings from around Montana. That is where our Christmas adventure began!

Volunteers in costume populated the town, complete with a sheriff and postmistress. The General Store offered a chance to bake sugar cookies in a wood stove and we made ornaments at the jail. But our favorite part was the hayride and caroling as the horses trotted around town. 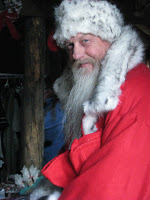 The trail boss – okay, so that is so not his title, but I have no idea what to call him…the hay ride driver??? – told us about the history of the valley and we had fun asking about their lives as the characters they portrayed. We sipped apple cider and tried bannock bread (a pan-fried type of cornbread) and Josh gave his letter to Santa to the postmistress. 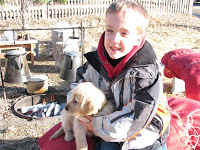 We aren’t into Santa at our house, but last Saturday, he was the highlight of our outing. Coming into town on the “stage” just before dusk, the Nevada City version was a gentle, slimmer Old Nick. A quick hug and a candy cane was all we needed and we were off…back over the mountains to our little town and a cozy night at home stringing cranberries and popcorn for our tree.

I’m really liking it. Not stringing cranberries and popcorn necessarily – that was a lot of work! But the joy that comes with being in a moment rather than spending so much time planning for it or working for hours trying to create it.

Sometimes the best stuff just comes to you.

Emmanuel. God with us. Almighty God coming down in the flesh to share a moment with us so we can spend eternity with Him.

May you have Spirit-eyes this Christmas as well. And if it’s a simpler, pared-down, less gift-filled Christmas than Christmases past because of the economy, you may be surprised to find it’s the best Christmas of all. If you’ll only embrace it.