Note from Joanna:  Our special guest blogger, Bo Stern, couldn’t have picked a better passage for the day after Mother’s Day!  Be sure to read more about her amazing journey below and on her website.

The villages were unoccupied and rulers ceased in Israel until you arose – you, Deborah arose – a mother in Israel.  Judges 5:7

I love the story and Song of Deborah. The story is pretty short, but when combined with some treasure out of history and the amazing stuff woven into the song, a full picture takes shape and gives clear detail on who and what I want to be.

First amazing fact: Deborah is given the distinction of being both a prophet and a judge. That may not seem like a big deal, but the only other person so labeled is Samuel. There is no getting around the fact that this woman is among the spiritual elite – not just in Israel – but in history. She’s a woman who finds purpose and in the middle of a nation lost in sin and oppressed by a cruel enemy. No one could have blamed Deborah for using her gender or her society’s issues as a reason to stay hidden and helpless, but she didn’t. She couldn’t. She was called to be more and, though she may have fought that calling, I have a feeling that a God-given awareness of her purpose chased her down until she said yes to it.

We live in the very same kind of situation. Conflict is spinning in from every direction. Our government is a mess. Our country has forsaken Jesus. In this landscape, it’s easy to build our vision around survival. The temptation to keep our heads down and our bills paid while staying under the radar is very great. Even though we have access to the Light of the World, sometimes the idea of letting it shine sounds like a lot more work than learning to live in the dark. But I don’t want to get tricked into that kind of life.  I want to believe for more: more vision, more purpose, more courage and more people willing to risk everything to see His kingdom come to our right-here, right-now world.

So, quick question: In the middle of a country in crisis, is it possible for women of God to find a place that is smack dab in the middle of His call for their lives? Is it possible to live out Plan A for our lives while living in a world that has moved on to Plan B a long time ago?

After spending some time in Judges 4 & 5, I’m absolutely convinced that I can. So can you. And I’m becoming certain that, like Deborah, it’s possible for one woman living out God’s dreams for her life to wake up a whole nation in the process.

How are you choosing to live out God’s dream for your life? 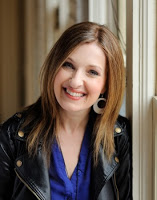 Bo Stern knows the most beautiful things can come out of the hardest times. Her Goliath came in the form of her husband, Steve’s, terminal illness, a battle they are still fighting with the help of their four children, a veritable army of friends, and our extraordinary God.

The Sterns make their home in Bend, OR, where Bo is a teaching pastor at Westside Church with a passion for making theology accessible, compelling and transformative.  Both her position in the church and her personal battle have allowed Bo to minister to others as they are facing their own giants. She considers it to be a
privilege to be able to provide a listening ear and a shoulder to cry on — being a part of another’s Army so that they don’t have to fight their battle alone.
Bo and Steve also serve on the international board of Kings Kids Village, a home for AIDS-affected orphans in Nairobi, Kenya. They are also active in ALS advocacy — a disease Steve has been fighting since 2011.

Bo also writes of their unexpected journey here. She can also be found on Facebook and Twitter.