WORD OF GOD SPEAK 2014: The Word Behind the Word 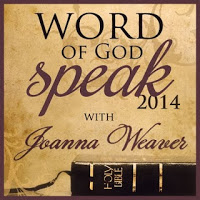 NOTE FROM JOANNA: As we journey through the Bible this year, we’ll feature a
special blog each month focusing on the richness of its original language. I hope you
enjoy this excerpt from Rick Renner, a highly respected leader and teacher
within the global Christian community. His devotional, Sparkling Gems from the Greek, is one of my favorite resources and
I’m excited to share it with you.


HE’S STILL THE LORD OF THE WIND AND THE WAVES!
And
there arose a great storm of wind, and the waves beat into the sip, so that it
was now full…And He [Jesus] arose, and rebuked the wind, and said unto the sea,
Peace, be still. And the wind ceased, and there was a great calm.
MARK 4:37, 39

Anytime you are on the front lines of battle doing something
significant for the Kingdom of God, the enemy’s attacks against your life will
escalate….Jesus came under this kind of intense attack when He was crossing the
Sea of Galilee with His disciples on His way to cast a legion of demons out of
the demoniac of Gadara. This demon-possessed man was an important weapon in
Satan’s arsenal….

So as Jesus and His disciples crossed the Sea of Galilee
that night, violent and destructive winds seemed to come from out of nowhere to
capsize Jesus’ boat and drown Him and His disciples in the middle of the sea.
Mark 4:37 says, “And there arose a great storm of wind….”

The phrase “there arose” is taken from the Greek word ginomai, which in this case describes something that happens unexpectedly or something
that catches one off-guard. This plainly tells us that Jesus and His
disciples did not expect bad weather that night….

To let us know the size of this storm, Mark uses the Greek
word mega, which denotes something of massive proportions…The word
“wind” is the Greek word lalaipsi,
which means this was a turbulent or terribly violent wind. The word can
also be translated hurricane, cyclone,
tempest, gale, windstorm, a furious temper or a fierce squall….

But that night in the midst of the storm, Jesus arose and
took authority over the situation. The Bible says that when He exercised His
authority over this unseen turbulence, “…the wind ceased, and there was a great
calm” (Mark 4:39)… This potentially deadly situation provided a great
opportunity for the disciples to learn that Jesus Christ is truly Lord over
all!

Rest assured – Satan will certainly try to attack you with
unexpected turbulence from time to time. His attacks against you will probably
escalate whenever you’re right on the edge of a breakthrough, as was the case
with Jesus that night. But just as that event provided an opportunity for Jesus
to demonstrate His power and authority, you need to see each demonic attack
against you as an opportunity to rise up, take authority, and demonstrate who
you are in Jesus Christ!

Rick Renner – Sparkling
Gems from the Greek: 365 Greek Word Studies for Every Day of the Year to
Sharpen Your Understanding of God’s Word