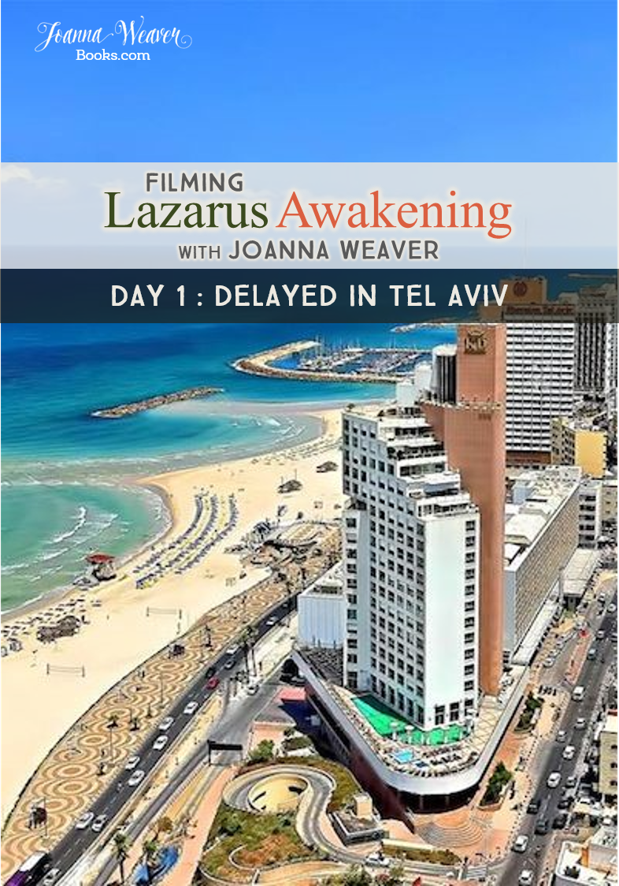 My husband, John, helped load my luggage (way too much luggage!) and drove me through the night to the airport, an hour away. We held each other tight as he prayed a blessing over me, the team, and the film project. It was hard to leave this man, my rock. But I knew his prayers would follow me, go before me, and surround me as I went. So I wiped my tears, and leaned in for one final kiss.

“It’s going to be great,” John whispered to my fears and unpreparedness. I’d worked so hard to be ready, but there was still so much to do. Scripts to be finalized. Scripts yet to be written. And research, so much research to go over again. Facts that needed to be checked and double-checked. Especially since my Israel expert, Amy Turnage, wouldn’t be coming with us. [Read “Preparing for Israel”]

Due to finances there would be no professional guide in Israel, only a hostess to manage permits and translate as needed. “Don’t be afraid,” the Lord whispered yet again. “I am with You. I will lead and guide you.”

When I landed at New York’s JFK, my amazing video consultant Kristie Kerr met me at the gate with a big hug and an important piece of news.

“Soooo…,” Kristie began, drawing out the “oh” with her Minnesotan twang. “A little change of plans,” she said with a half-smile-half-grimace. With the airport buzzing around us with frustrated passengers, I had a pretty good idea of what she was going to say.

Due to weather delays and storms, Frank Gamble, our videographer and his wife Amber would be stuck in Detroit for at least 24 hours. We’d have to fly to Tel Aviv without them.

Kristie and I looked at each other, then got the giggles. With all the other things that had gone haywire, it wasn’t a big surprise that something would go wrong now. Yet as we surrendered another change of plans to God, we felt the same peace surrounding us that had held us tight through the topsy-turvy weeks leading up to the trip.

While we waited for our midnight flight, Kristie got on the phone with Amy who got on the phone with Amiel Tours in Israel to reconfigure our shooting schedule. I was so glad we’d added a sightseeing day at the end of our trip. It would be an important buffer in case we were unable to shoot everything in the seven days we now had to film.

Looking back at that crazy night, I can see that God knew exactly what He was doing. What had seemed at the time like another attack of the enemy turned out to be a gift from a loving Father.

Rather than driving all evening to the Galilee in order to film the next day, Kristie and I checked into a hotel in Tel Aviv and got some much needed rest. Best of all, I was able to spend most of the next day finalizing scripts and wrapping my head around the project – something I really hadn’t had time to do. 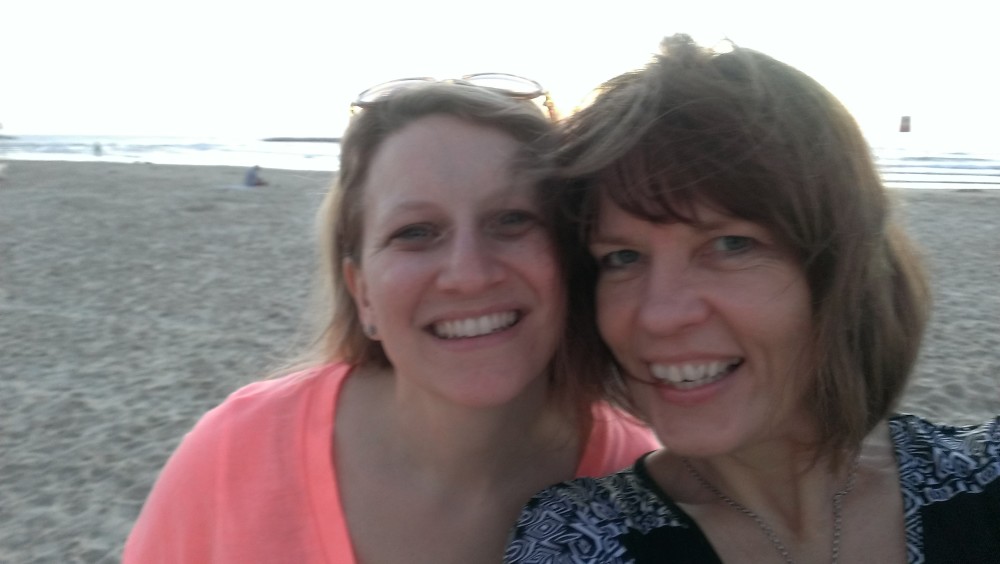 Tel Aviv Selfie on the Mediterranean

When Frank and Amber finally arrived that night, they felt as refreshed by the delay as we did. Though they hadn’t got to dip their toes in the Mediterranean, Frank used his forced layover to finish some important work while Amber used the time to take some important naps.

Aren’t you glad God knows what we need better than we do?

When things don’t go as planned, I tend to fret and fume, finagle and fuss. But I’m learning – or trying to learn! – that I have a heavenly Father who cares more about me than I know. Nothing escapes His notice and nothing derails His sovereign plan. There’s no such thing as satanic roadblocks when you belong to God. Instead, they are detours – at times, even shortcuts! – to our Maker’s perfect plan.

So settle back in His love and enjoy your flight delay, my friend. Even if you happen to be spending it in Detroit rather than Tel Aviv.

What delay or roadblock have you been fretting about today?

What if you received it as a gift rather than a curse? How would that change your perspective – your life?

Check out the promo video for Lazarus Awakening DVD Study