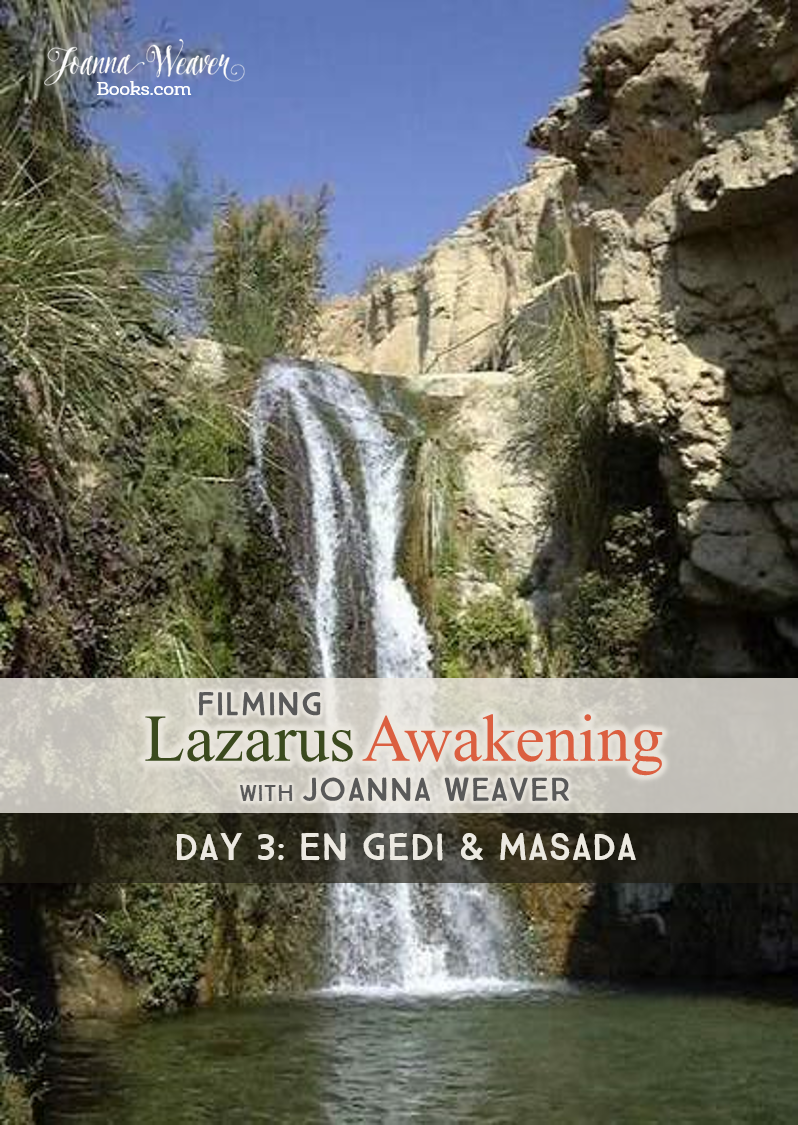 It was official. Kristie was sick – really sick.

My video consultant’s throat was so raw she could hardly talk when I went to check on her that morning. Thankfully we had Mikki, our Israel hostess. As the rest of the team loaded the van to drive to En Gedi and Masada, Mikki was on the phone trying to find a doctor who was open on Saturday. It would have to be an Arab doctor because of the Jewish Sabbath.

Though it was technically her day off, I had to smile at Mikki’s efficiency as she outlined plans to take care of our friend. Who knew we’d need a Jewish grandma more than a trained guide? God, that’s who.

Trekking to the Wilderness

As we pulled out of our hotel, we clicked on the “Masada” entry the rental guy had programmed into the GPS unit when we picked up the van. But rather than pointing us to the highway near our hotel, the polite GPS lady took us down a side road straight into what we later learned was an Orthodox Jewish neighborhood.

The streets seemed very quiet for the designated route to Masada. However, when we began to see traffic cones and people walking down the middle of the street dressed in orthodox garb, we realized that we may have been misled. A loud shout and a thump on the side of the van confirmed the fact – we were definitely on the wrong road.

Finally we mapped out the route the old fashioned way using the paper map in the glove compartment. An hour later, we were finally driving down the Jordan Rift Valley toward the nature reserve at En Gedi.

Lessons in the Desert

When the Bible speaks of the wilderness, it’s hard to imagine how desolate and rugged the Judean wilderness really is. Driving alongside the Dead Sea to the left, massive chiseled mountains rose up on our left. Brown and barren, this desert region seemed to be nothing but mile after mile of rock, sand and dust. 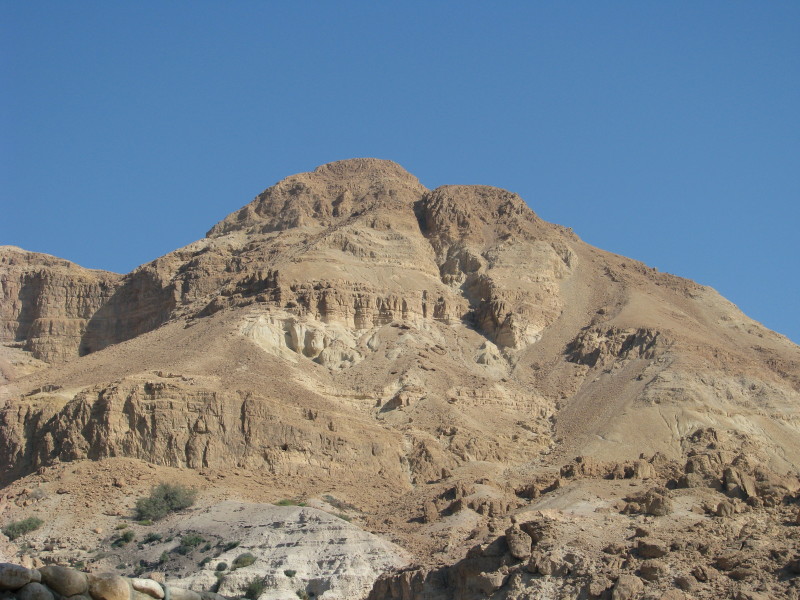 And yet, over and over in the Bible, it was this kind of environment that God used to shape the men He used to shape the world. As my friend, Amy Turnage says, “the desert is God’s classroom.” Here’s more on that from one of the bonus videos included in the Lazarus Awakening DVD Study…

Israel Moment – Lessons from the Desert from Joanna Weaver on Vimeo.

When we finally arrived at En Gedi, it was nearly noon, so we ate the lunch the hotel thoughtfully provided and rushed to get the equipment up the hill.

Frank found a perfect alcove in the rocks just off the path and we began to film Session 3: “Friendship with God.” Talking about the intimacy David had with God in the very valley where he hid from a murderous King Saul was an amazing experience.

Tucked in the folds of the barren mountains, this narrow sliver of green oasis is the only  source of fresh water for miles and miles. I couldn’t help but think of the Psalmist’s words in Psalm 42:1 – “As the deer pants for streams of water, so my soul pants for you, O God.” 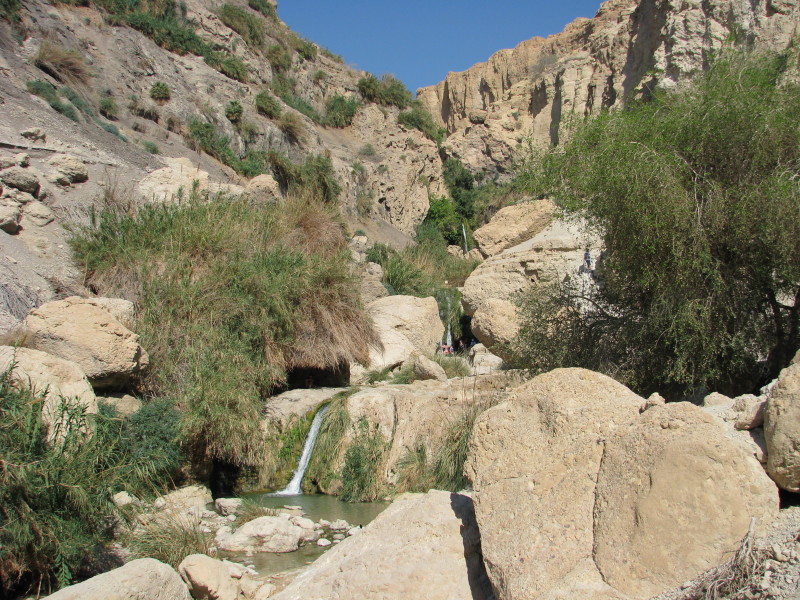 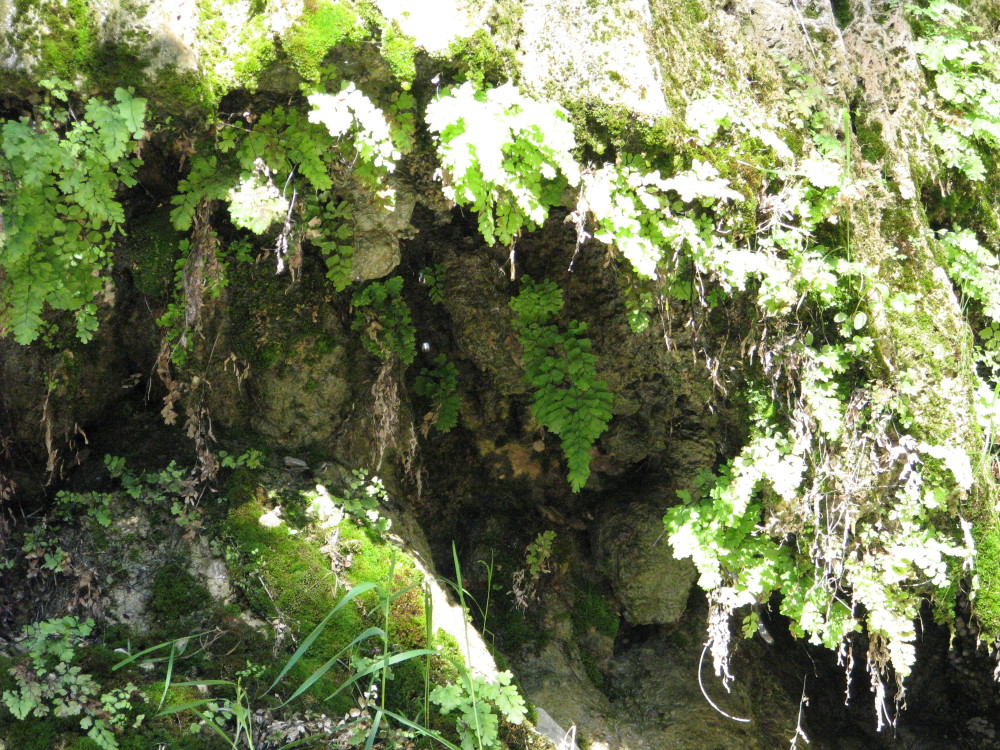 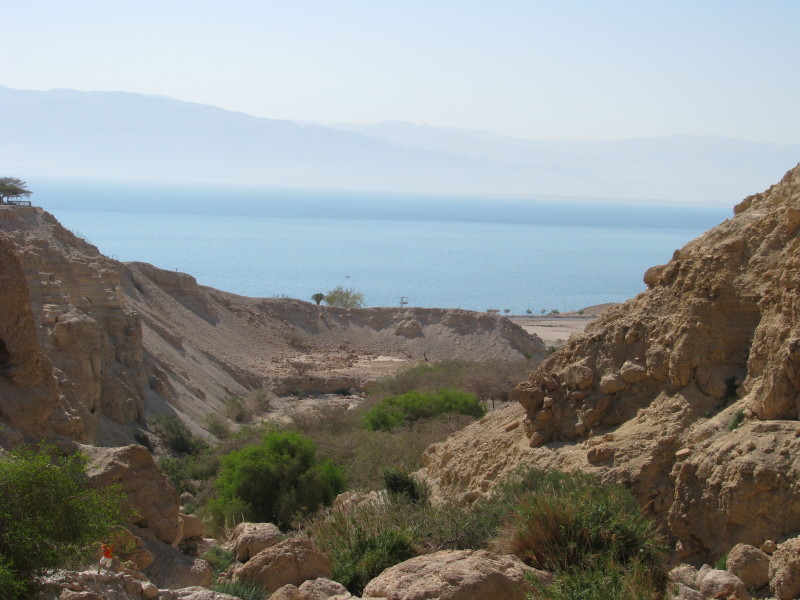 I was glad for the shady spot next to the site Frank chose because shooting an entire session takes time. I had written the script in segments of a page and a half to two pages. For each segment, Frank chose a location then used two cameras, one on a tripod and another handheld to shoot the first take. Then when we had a fairly clean run through, he’d stop to move the cameras then shoot a second take from two other angles, giving him four pieces of film to use when piecing the segment together. 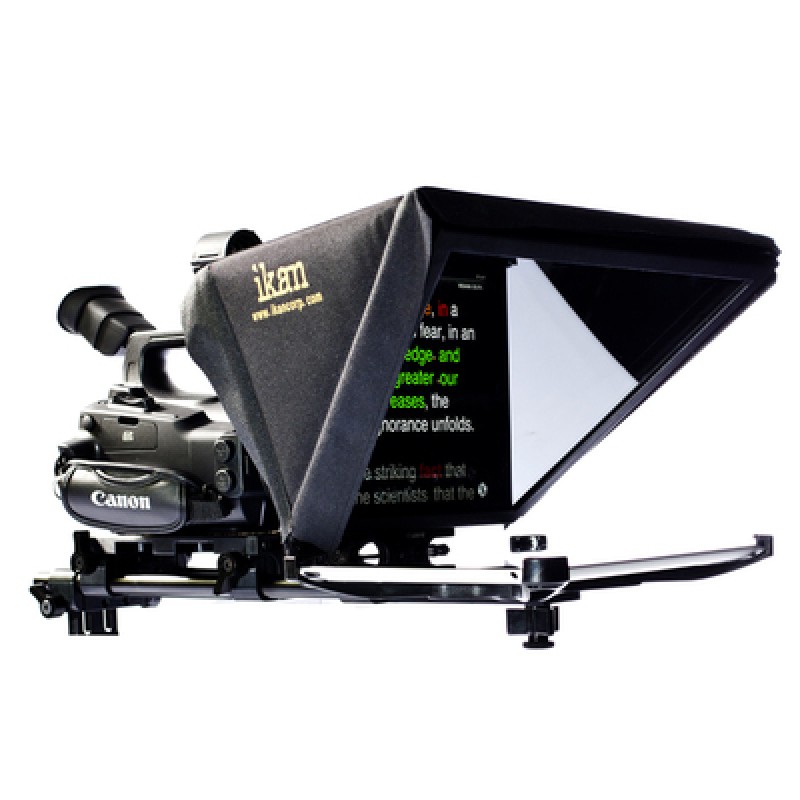 It wasn’t an easy feat, especially with only three of us. Amber stabilized the reflector stand to make sure the light was consistent on my face but she also had to run the teleprompter with her IPad. Wirelessly connected to another IPad, she scrolled the script that reflected up onto glass directly in front of the camera. It’s a truly ingenious set-up, I have to say. But a lot to manage for one person!

Unfortunately, we were unable to get down to Masada in time to film at the top of the massive plateau. But we were able to film in the parking lot, with Herod the Great’s summer palace and fortress behind me. Though we didn’t get everything we wanted, we got the footage we needed.

After the difficulty in Capernaum (read about it) it was a wonderfully productive day.

Best of all, as we headed north to Jerusalem, we received a phone call from Mikki telling us that Kristie had seen the doctor and been diagnosed with strep throat. Though she felt pretty miserable, she was on medication with the worst prayerfully behind her.

Have you noticed that God often works in mysterious ways? He doesn’t always deliver us from malfunctioning  GPS units and unplanned sicknesses. Instead, He gives us what we need just when we need it. Including Jewish grandmas to take us to Arab doctors.

All because He loves and cares for you and me.  What a wonderful God we serve.

How has God taken care of you in unexpected ways?