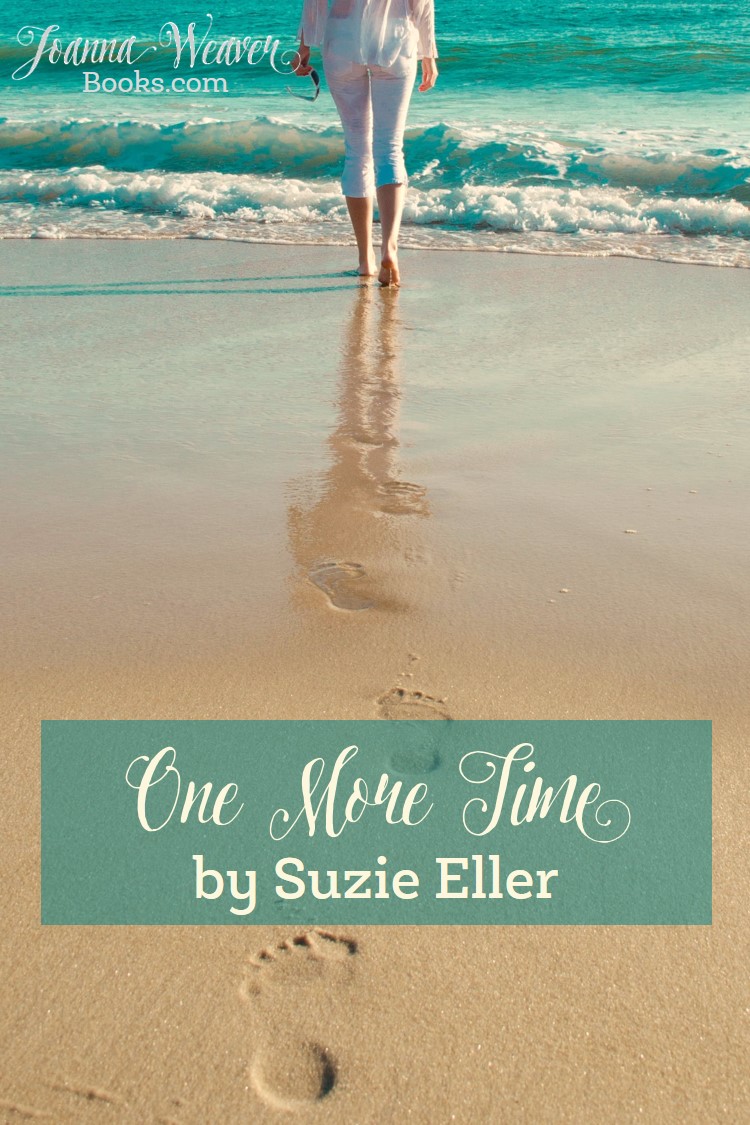 It’s easy to get weary and feel like giving up…

To throw up our arms and declare the task too difficult and our strength too small.

At times like these, we need to flex our spiritual muscle and step forward to obey what God has asked us to do. For there is incredible power in perseverance.

In today’s guest post, I’m honored to have my friend Suzie Eller share from her new book, Come With Me: Discovering the Beauty of Following Where He Leads.

Suzie is a Proverbs 31 Ministries writer, ECPA bestselling author and blogger. You can learn more about Suzie and her books at www.tsuzanneeller.com.

Suzie has faithfully followed God’s call to go deeper with Him. I hope you’ll be inspired to do the same. Here’s more from Suzie…

I had my Bible in my hand. My purse nearby. A car would soon take me to the airport.

It was time to go, except I knew the Lord wanted me to share one more thing.

People were still sitting in their seats and talking. The Holy Spirit had sweetly swept over the meetings and people lingered. I walked to the microphone, knowing the words I would say before I spoke them.

I had read them in the book of Luke earlier that week.

Those were the words.

Throw out your nets one more time.

When He had finished speaking, He said to Simon, “Put out into the deep water and let down your nets for a catch.” Simon answered and said, “Master, we worked hard all night and caught nothing, but I will do as You say and let down the nets.”  Luke 5:4-5 (NIV)

Simon was exhausted. Casting the heavy nets into the water, and lugging them back in over and over was a chore. When the nets came back empty every time, it was disappointing.

But he did it.

He took the clean nets and pushed out into the deep and he let them down. Fish scrambled into the nets so quickly that it nearly capsized his boat.

I love that story, but as I stood in front of those women I understood what “one more time” might mean to them.

Pray one more time over that hurting marriage or relationship.

Believe one more time for that prodigal child.

Take one more step even though it seems to lead to nowhere.

Plant one more seed in that dream that seems futile.

Flesh rebelled against asking women – women of faith who had been casting their nets over and over again – to try one more time when so far, they had little to show for it.

But God said it. . . and He knew them far better than I did. 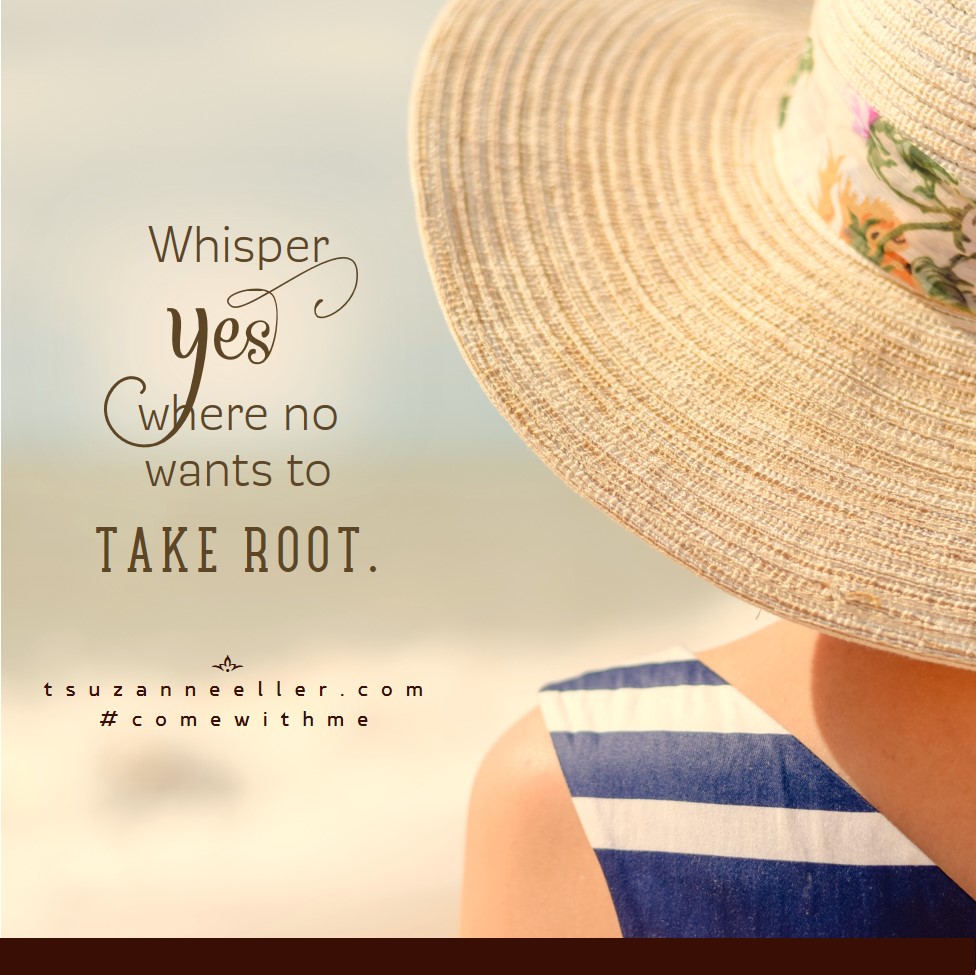 I asked them for a few moments and I told them the story of Simon Peter. I shared how weary he was and how all that he wanted to do was to climb into his comfortable bed and forget about the night behind him.

I told them Jesus understood that Simon was tired. That the nets were heavy. That it was discouraging.

I told them that Jesus saw under the water line.

He saw what Simon Peter couldn’t, and it wasn’t just fish.

It was the deep.

When He had finished speaking, He said to Simon, “Put out into the deep water and let down your nets for a catch.”

Jesus could have performed the same miracle in the shallow. He could have asked them to lay their nets on the shore and invite the fish to swim into the nets.

Instead the invitation was to push into the deep.

In the deep it’s a partnership. We put our hands on the rugged boat and push out.

We take a step out and God takes a step in as He meets us.

For Simon, the miracle wasn’t the catch of fish but that he became a “catcher of men.”

That’s the transformation that takes place inside of us as we push into the deep.

We are asked to push out into the deep one more time in our calling or ministries.

We may want to throw our hands up and give up. But let’s throw our hands up in surrender instead. If our ministry is about Him, it’s not about how much we “catch” or how long it takes, but “one more time” is watching God work in the thousands —  or the one.

We are asked to push out into the deep in personal issues that seem like they’ll never change.

It’s scary when the past or an addiction or temptation or feelings bullies us.

It’s in the deep that we realize that he’s not going to let us sink. “One more time” means that He’ll pull us up, over and over again until we no longer feel that the deep is over our head.

And this is the miracle. We turn around and start pulling others up with His help, because we get it. We know how hard it is, but we also know what it is to be free.

We are asked to push out into the deep one more time in our faith.

There’s not one believer that hasn’t experienced a time when it felt like God was a million miles away, or when they had doubts or hard questions.

You may think you are the only one, but we’ve all been there.

It’s in the deep that we discover that he’s not angry at our doubts or questions. He’s not mad at us because we are in a low season of our faith.

“One more time” is a reminder that He knows exactly who He is. We’ve somehow been led to believe that faith is never wavering, never doubting, or never hitting a low season, when instead the fact that you reach for God in the midst of that describes faith beautifully.

Our doubts or anger or questions are welcomed as He reveals his Character in that low season. He walks with us until we reach the other side.

Will you say yes?

Let’s accept the invitation from our Savior to discover what’s waiting under the water line, just for us. 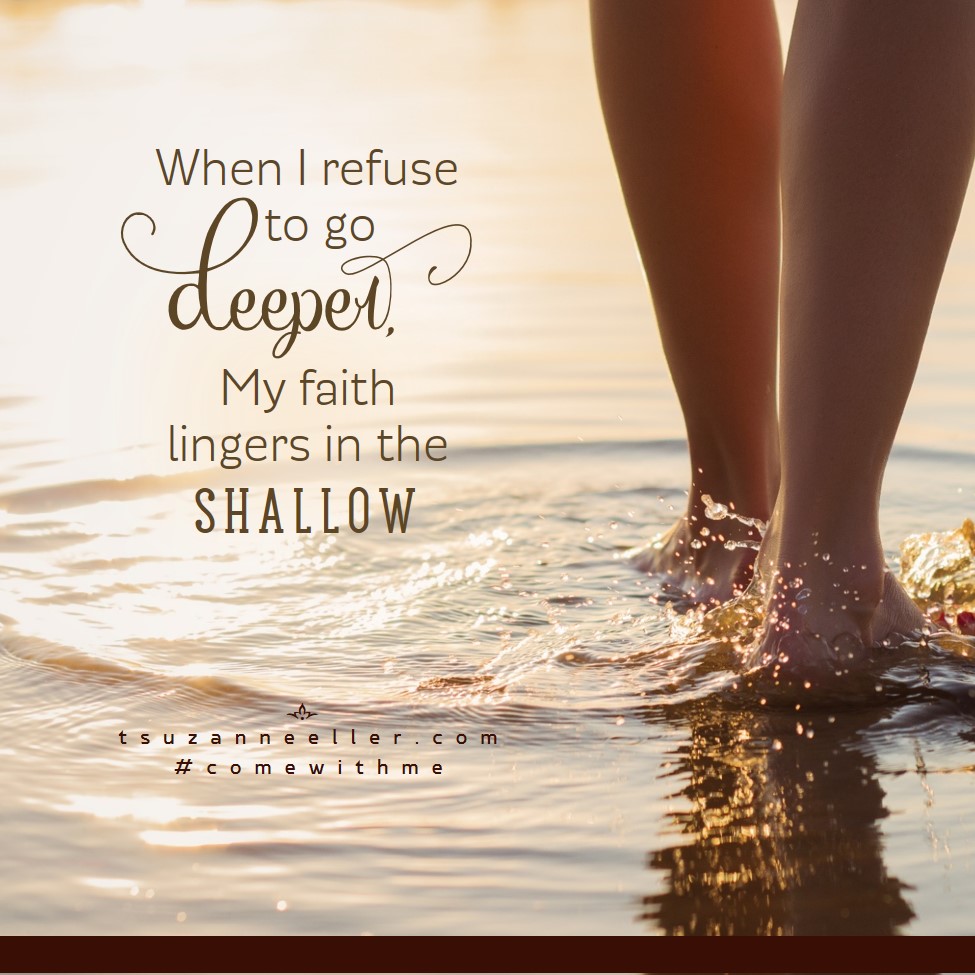 More About the Book 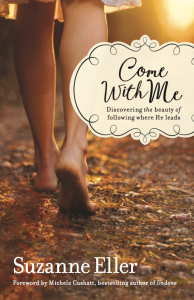 I had the privilege of writing an endorsement for Come With Me: Discover the Beauty of Following Where He Leads. Here’s what I said about this special book…

“Every once in a while, God brings along a book you desperately need. Suzie Eller’s Come With Me brought a clarity and focus I’ve prayed for, reminding me that I don’t have to have all the answers…that I don’t need to figure out which way to go. My only job is to follow Jesus. He’ll take care of the rest.”

To learn more about Come With Me, visit Suzie’s excellent website (and check out her blog!) She has provided some wonderful freebies you won’t want to miss! Check out the following:

WIN a copy of Come With Me! Enter the giveaway here…


I’d love to hear from you…In what area is God asking you to “cast your nets” one more time?