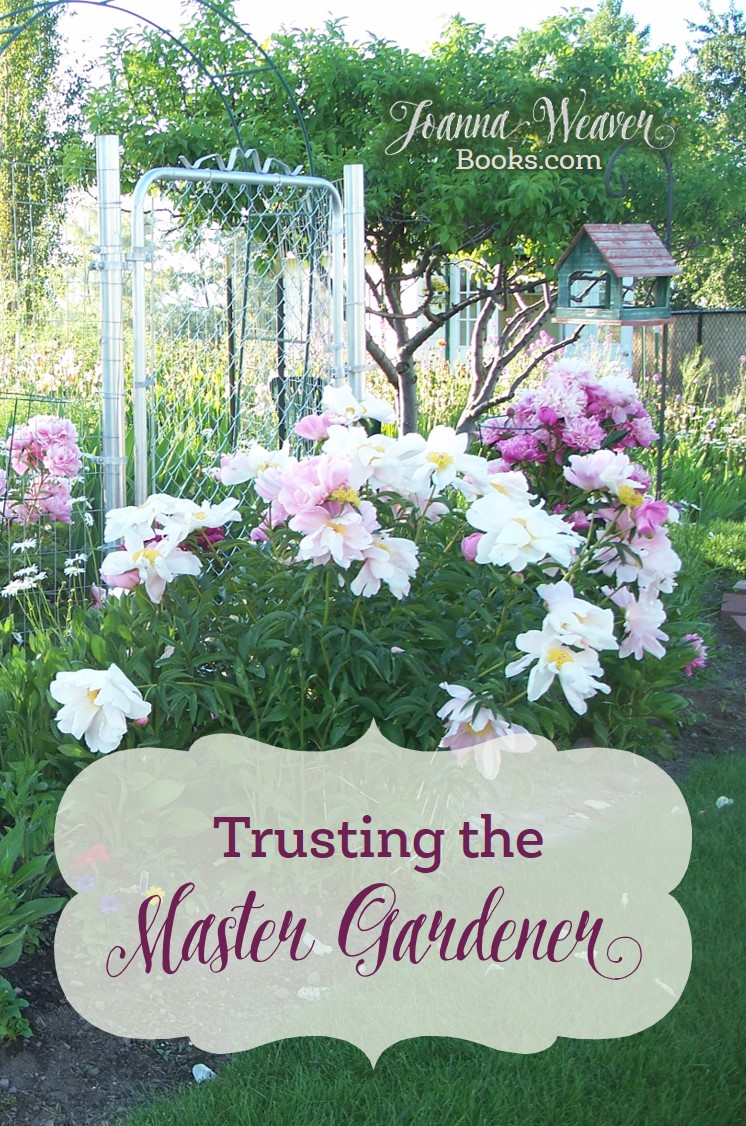 My mother is a wonderful gardener…

I wish you could sip iced tea with us as we look over her backyard.

Every corner is filled with a beautiful tapestry of color that spills over her carefully edged flower beds.

The scents are intoxicating and the fruits of her labor luscious as we eat raspberries just picked from the vine.

None of this beauty happened by accident. It has been carefully planned and tended with a lot of backbreaking work. As we walk through the garden, my mother points out each plant by name.

“This rosebush didn’t bloom much last year, so I had to cut it back,” she says, cradling a lovely blossom in her hand.

“This peony had to be moved to get more sun, and I had to pull out a lot of irises to make room for more corn.”

Her eyes glow warmly as she talks about her tasks, but what she describes is a series of seemingly brutal acts. Leafy branches chopped off. Healthy bushes pulled up by their roots. Blooming plants dug up and taken away.

Each act is a certain kind of death. But all of it is done with love in the interest of summer bounty.

As I stroll with my mother through her garden, I’m reminded of the times I’ve questioned the One who tends the garden of my heart.

Especially during those times when His work felt more like death than life. 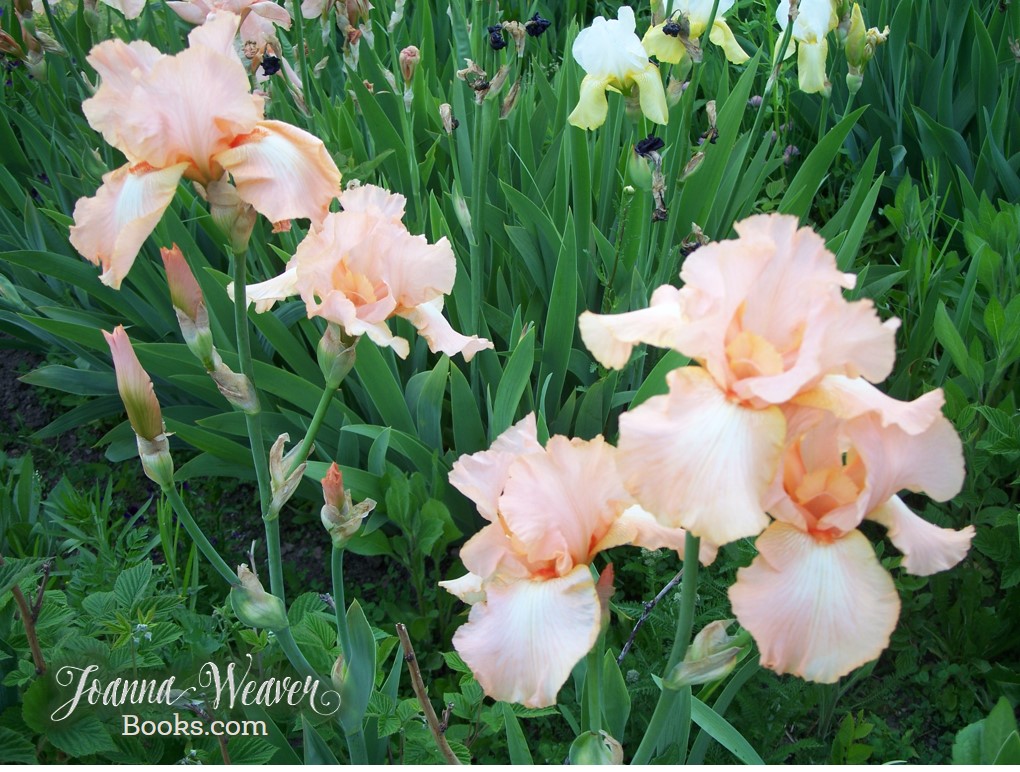 {  All pictures are from my mother’s garden. So pretty!  }

“I never knew suicide was so slow or so painful,” I told my husband one night after falling into bed exhausted from an especially difficult period of battling my lower nature. But it wasn’t just the “suicide” I was struggling with. It wasn’t just my choosing to die to self. God seemed to be working me over as well.

It was the confusing period I wrote about in Having a Mary Spirit when God allowed a painful misunderstanding with friends to strip me of everything I had assumed I needed for life. Their love, their friendship, their kind understanding and support—all that was gone. And nothing I did made the situation better, only worse. The removal of their approval hurt me so deeply I thought I was going to die.

Which was the point, of course. But this wasn’t the kind of death I had signed up for. I’d been expecting to close my eyes like Sleeping Beauty, then awaken refreshed and resurrected at the kiss of my handsome Savior Prince.

Instead, the Lord had showed up with sturdy gloves. I could almost see Him in blue jeans and a canvas hat, with a water bottle and a sack lunch protruding from a backpack. Was that a tent I saw? And in His hands—what were those?

A pair of heavy-duty shears. 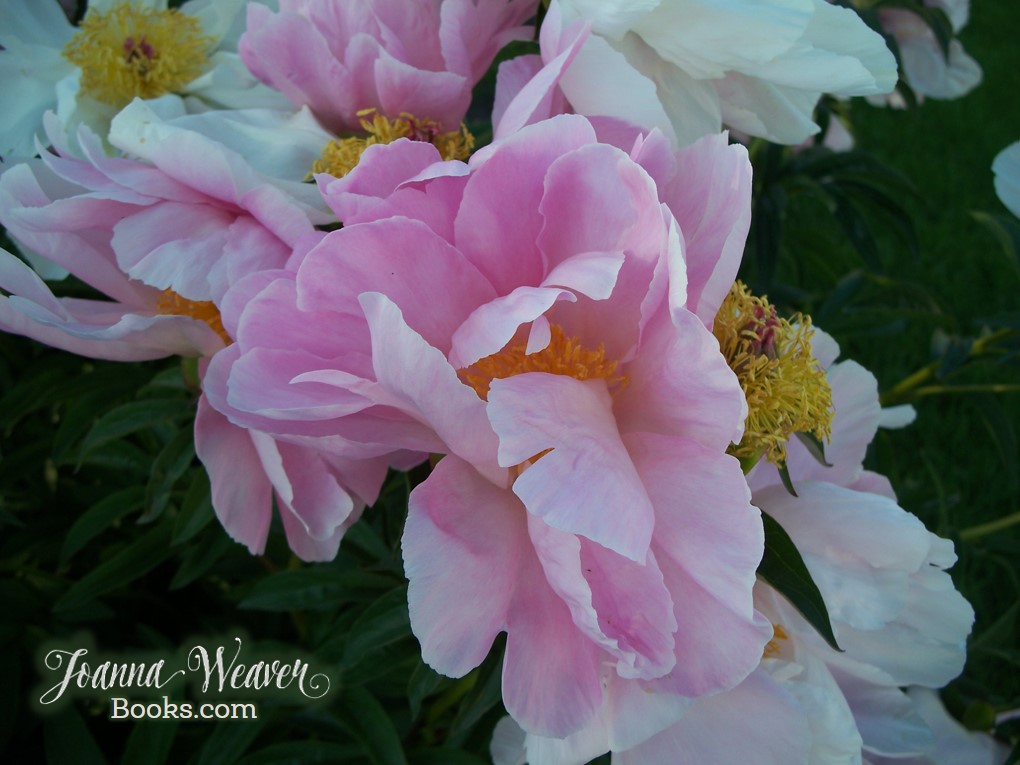 For the “death” I was experiencing was really a season of pruning—lots and lots of pruning. It felt as though the Gardener was cutting off parts of me, pulling me up by the roots, taking away everything that gave testimony to life. The leafy branches that had once bloomed with color and dripped heavy with fruit had been stripped away, leaving me brown and bare and clinging to the trellis where I’d been tied.

Then came the long winter. And it too felt like death.

Shivering In the Dark

Perhaps you are in a wintry season right now. Perhaps you feel as though everything you’ve cared about has been taken away, and you’ve not found anything to take its place. Perhaps God has called you to lay aside a lifetime of striving so you can experi­ence abiding. But to be honest, the stillness is getting on your nerves.

Perhaps He has narrowed you to a place where there is little choice but to be quiet. And listen. And wait.

Winter always seems to last longer than we think it should.

Getting through such times, I’ve learned, is not for the faint of heart. It’s not easy to endure the loss of what we once thought was vital. To shiver in the dark, feeling bereft and confused. To wonder when—or if—this season of dying will ever end in true resurrection.

I understand how you feel. And so does Jesus—more than either of us knows. The One who hung forgotten and forsaken, cut down in the prime of His life and buried deep in the tomb, is so intimately acquainted with our suffering that He alone can remind us what is at stake.

“I tell you the truth,” Jesus told His disciples after leaving the miracle of Bethany and beginning the hard walk toward Jerusalem and His death, “unless a kernel of wheat falls to the ground and dies, it remains only a single seed. But if it dies, it pro­duces many seeds. The man who loves his life will lose it, while the man who hates his life in this world will keep it for eternal life” (John 12:24–25).

As strange as it sounds, it is in the dark nights of our souls—in those deathlike, midnight places where nothing seems to be happening—that God often does His best work. Preparing our lives—so barren at the moment—for an even greater out­pouring of life. 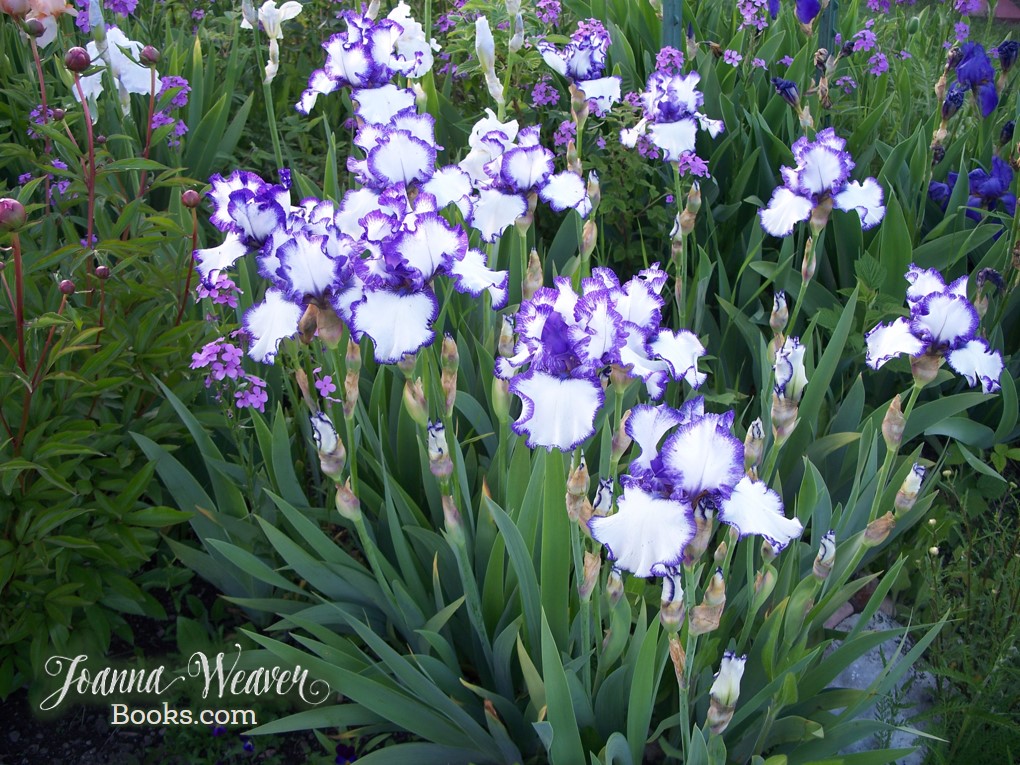 For winter always precedes spring. And in the law of harvest, death always pre­cedes life. But if we’ll trust the Gardener, a harvest of fruit awaits—“much fruit,” as John 15:5 calls it. Fruit formed out of the life of Christ released in us by our dying.

I’d love to hear from you…What lessons have you learned during a season of pruning?