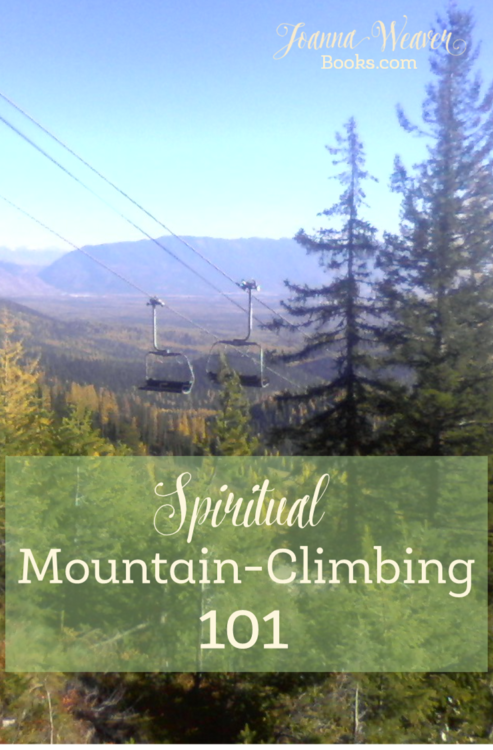 Oh, the kindness of the Lord…

He not only delights in fulfilling our desires, He also delights in birthing them in our hearts in the first place!

About eight years ago, I got a strange itch to climb a mountain. One of the tall mountain peaks that have surrounded me my whole life here in Montana.

Now you have to understand, it was an odd and unexpected desire because I’m not the outdoorsy type.

Though I’m a girl born and raised in Montana, for the most part, I’m a Montana girl who is very grateful God created malls. The fact that I wanted to climb a mountain surprised us all. Especially my husband.

“Don’t you think you should start training if you want to climb a mountain?” my husband suggested carefully.

“Sure,” I agreed, “that would probably be wise.” But somehow I never quite got around to it.

Summer passed with no opportunity, but that October, while on a writing retreat at a friend’s condo on Big Mountain Ski Resort, the urge to summit a peak struck again with intensity. With a beautiful “big” mountain waiting outside my door, it seemed destined to be.

So I started out with the comfort that I only had to make it to the top. There would be a gondola waiting to take me back down (best part of all!)

The day was absolutely glorious. The autumn sun shone bright above as the aspen and tamarack blazed golden across the slope above me. 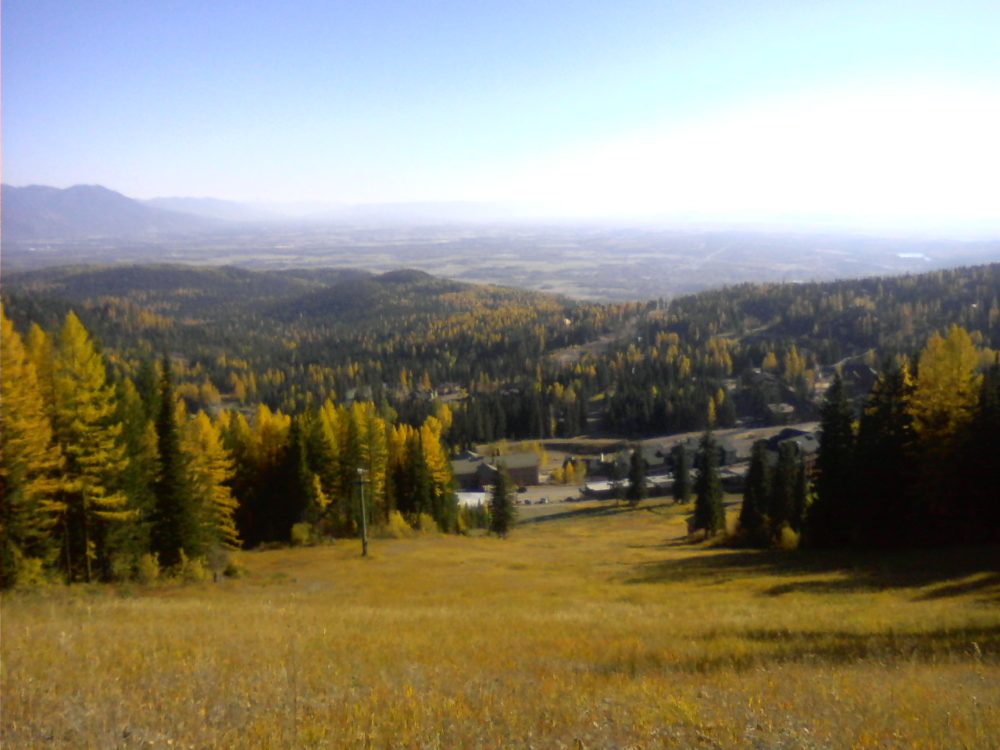 I had my bottle of water, a banana and my IPod. What more could a woman need?

In a swashbuckling attempt to find the trail on my own rather than wasting time trying to find the trailhead, I headed up hill boldly, on a zigzag with what I thought was a reasonable incline.

But the trail I’d expected to cross didn’t make its appearance as soon as I’d hoped. Gasping for air, I forced myself up the steep slope, walking side hill across the matted grass, trying to avoid the jumbled rocks that littered the slope.

Every once in a while I’d stop to catch my breath as I desperately scanned the slope above me. Where was that trail?

Perhaps this was high enough, I reasoned as I looked back down across the valley, chest heaving, my body trying to negotiate a peace treaty with my resolve. After all, it was a start and a start after all was a start and shouldn’t that be good enough for me?

But God had some lessons to teach me this glorious autumn day, and I wouldn’t learn them by giving up. So, uncharacteristically, I put one foot in front of the other and pressed on. Oh, I am so glad I did!

Advice for Your Climb

What are you facing in your life right now that leaves you breathless and your flesh shouting for you to abandon the upward climb?

Rather than giving in and giving up, I suggest you stop a moment and catch your breath. Go ahead and look at where you need to go. I know the task feels daunting and there are a thousand reasons why it would be easier to give up. Even abandon your faith.

But before you give in to despair, I want you to look back at how far you’ve come and at the steps that brought you to where you stand today.

Stick to the Trail, Honey

After forcing myself to keep on climbing and not give up, I finally found the trail. The established trail, the one created to help you successfully climb the mountain rather than die of exhaustion from prolonged wheezing.

However, I must admit, it was just as I’d feared. Rather than getting me to the top quickly, the path tended to meander.

Snaking across the open ski slopes before disappearing into shady groves of trees, the well-worn trail didn’t gain altitude quite as fast as the one I’d blazed. But then, I suppose, if a person added the amount of time it took to slow down your heart and swallow your lungs, well then, the trails were probably comparable in actual speed.

But unlike the path I’d try to create on my own, to my great surprise, I actually enjoyed this new one. 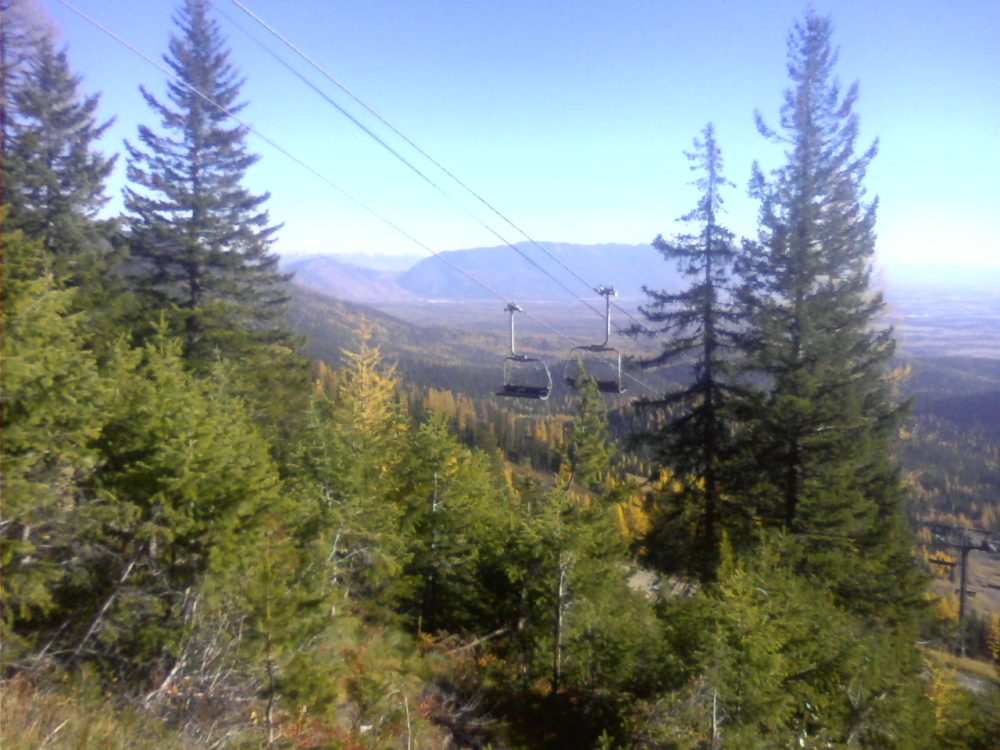 The views were magnificent, and while the slope was challenging now and then, whoever had designed the trail had obviously considered the variety of people who would use it. The young and the old. The fit and not-so-fit and everyone in between.

It took longer. But suddenly the destination wasn’t my goal. I was free to enjoy the journey.

Aren’t you glad we serve a Gentle Shepherd? A Shepherd who not only knows each one of us by name, He also knows our frame. He knows we’re but dust. Old dust and young dust, fit and not-so-fit dust.

Rather than forcing us to climb at an incline beyond our ability, He goes before us making a level path for our feet. A trail, which, while challenging at times, never sets us up to fail. But only to succeed. 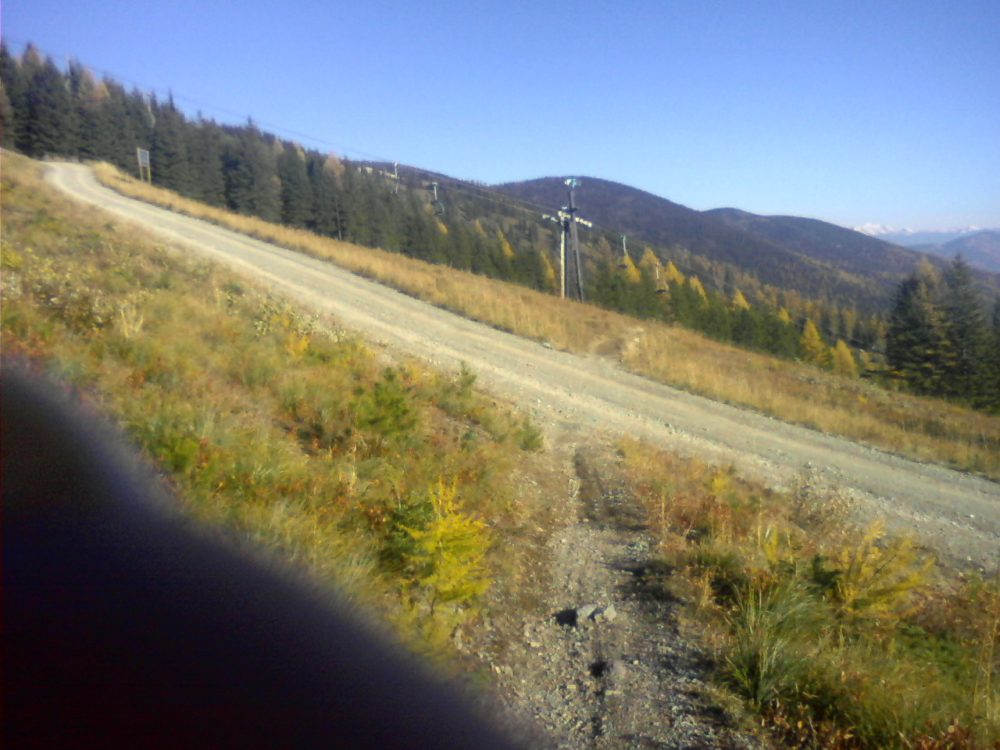 At one point in my climb, I had to makea decision: to continue on the path I’d found or take a wider road that the trail had just crossed. The road seemed faster, but then I’d learned my lesson about shortcuts…I’d stick to the path that had been made for me.

Advice for Your Climb

Are you fighting the path God has set before you today? Do you keep longing for a faster route to your goal or a short cut through your pain? Take it from me, there’s a way that seems right to a man…I’ve tried it. But it only leads to death (or in my case, near cardiac arrest.)

Perhaps you’ve forgotten, you have a Shepherd you can trust. A Trail Blazer that’s already gone before you, a wise and knowing Guide that has carefully created a trail for your life. It might not be the fast track, but I can guarantee you it’s the right track. And it will get you where you need to go.

A Holy Moment on Holy Ground

As I followed the trail upward, it became clear that I wouldn’t make it to the summit.

I’d started too late in the day and the sun was slowly lowering itself in the west. But my heart was so filled with joy. As praise music from my IPod filled my ear, I realized that the beauty and the majesty that spread out below me made my goal of climbing a mountain completely secondary. It was enough that I had tried.

The trail I’d followed up the mountain snaked below a ski lift called Chair Two, and I could see that the top of that lift was just a little ways above me.

Not the goal I’d hoped for, but a goal none the less.

I would summit a peak, though it was only a peak set below yet a higher peak. Stopping on the trail, I took out my camera phone and began to take pictures as I turned in a 360* loop praising the Lord for the beauty surrounding me and for helping me fulfill yet another desire of my heart. 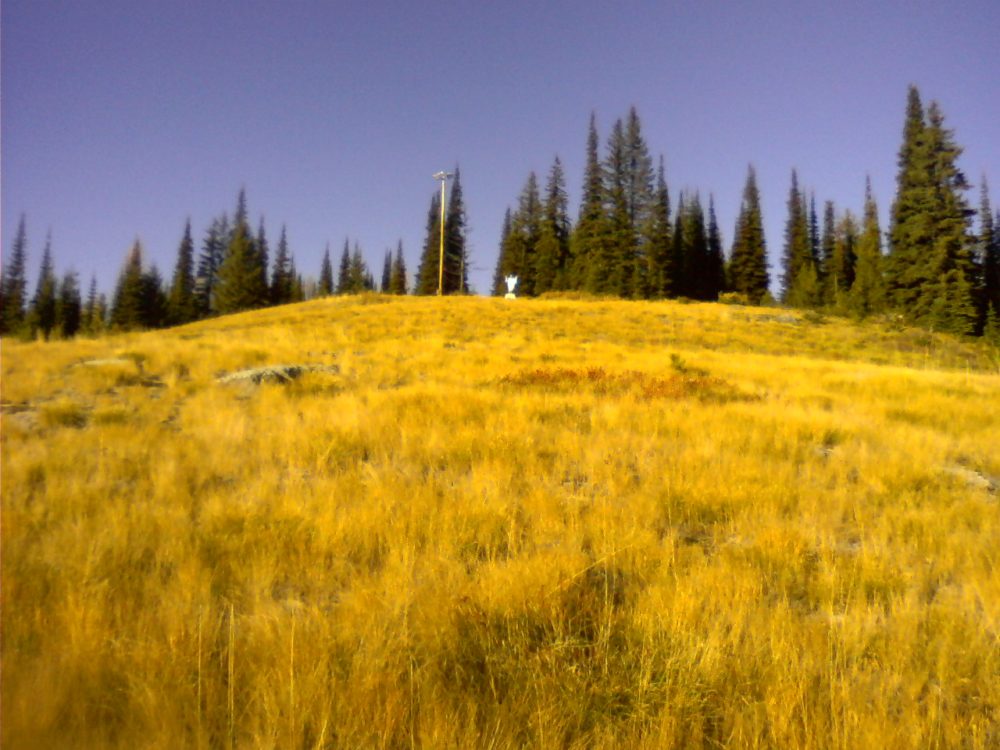 I saw a flash of white as I circled, but it wasn’t until I put down the camera that I realized what it was.

There on a nob just above me, the summit as it were, stood a statue of Jesus with arms lifted high looking out over the valley. I’d skied by the unusual landmark during the winter, but I had completely forgotten that it stood at the top of Chair Two.

My heart began to swell at the thought of Christ, right there, just as present in the natural as He’d been in spirit during the climb.

I’d had a goal in mind, but God had given so much more.

My pilgrimage had started with a simple journey. A crazy, not-at-all-like-me desire to climb a mountain.

I never dreamed that when I followed that desire, I’d end up walking straight into the arms of Jesus. 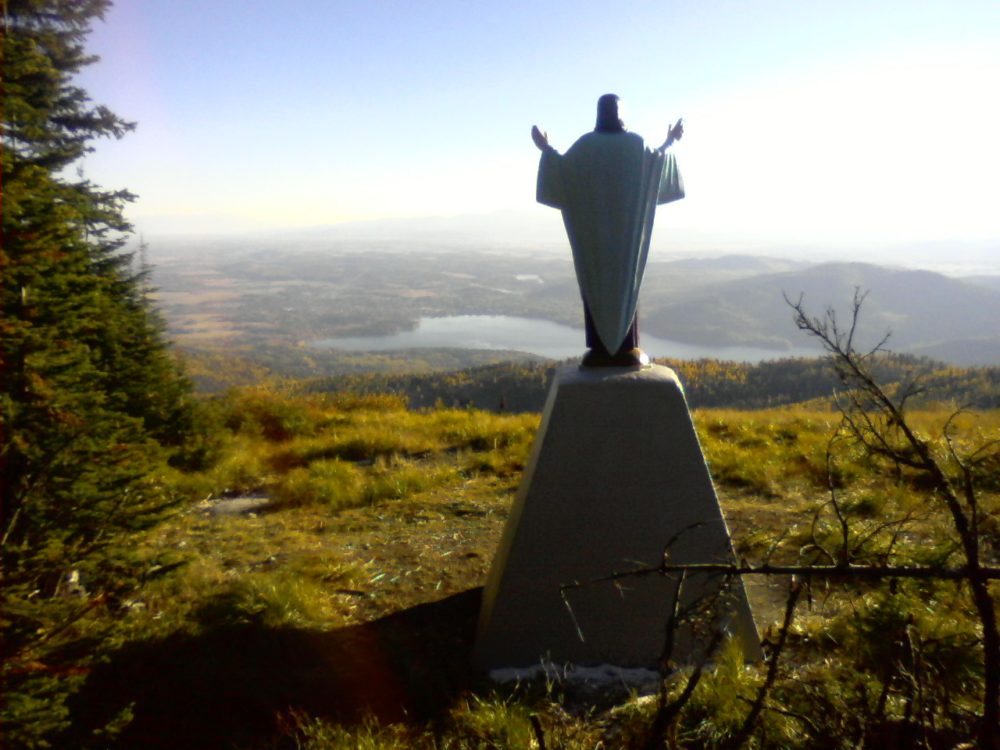 A few more tips for adventurous folks who are willing to follow wherever God leads them…who long to go higher and see farther, spiritually-speaking, then ever before:

Set a sustainable pace – remember…it’s not a race, it’s a journey

Watch where you’re going – keep an eye on the goal, but be aware of where you step

Celebrate the mountaintop – pause and drink in the beauty, the heavenly perspective

Don’t resent the valley – take what you’ve learned on the mountain and live it out in your valley.

I’d love to hear from you…What lessons have you learned on your “climb”?