Note from Joanna:  I’m so pleased to have Vicki Judd guest posting today.  Her blog reflects on our recent reading about the prophet Elijah.  You can read more about Vicki at the end of the post.


Elijah was Israel’s most famous prophet. When I think of Elijah I see a bold prophet who stood his ground against wicked kings and went toe to toe with four hundred and fifty prophets of Baal – and won. (1 Kings 18:22-40)

But Elijah’s strength was also his downfall. He began to think that he was the only person left who had the courage to stand against the idolatry and wickedness that had infiltrated the nation of Israel. He took on too much by himself. And so, after bravely facing down Ahab and defeating the prophets of Baal, he went running for his life at one word from Queen Jezebel. Exhausted and depressed, he ran to God in the desert and said, “Enough of this, GOD! Take my life—I’m ready to join my ancestors in the grave!” (1 Kings 19:4 The Message) In the desert, and then on the mountain, God renewed Elijah’s strength and spoke a word of hope to his discouraged heart.

First, God met his physical needs. When Elijah got to the desert, he stopped, cried out to God and fell asleep. Then an angel came and prepared him a nourishing meal. Sometimes the most spiritual thing we can do when we have “had enough” is find a place to stop, rest, and refuel. Everything looks worse when you are tired and hungry.

Second, God spoke to Elijah in the stillness. We often look for God to speak in obvious ways – at church, a conference, or through a special speaker – when all we need in order to hear God’s voice, is a quiet, humble heart.

Third, God showed Elijah that he was not alone. When Elijah was rested and quiet, he was able to see that there were people who had not forsaken the LORD; people who could come alongside and help him in the fight against unrighteousness. Like Elijah, I can get a “Lone Ranger” complex and work myself into exhaustion and depression. When I run to God for rest, I hear His voice in the stillness, He reminds me that I am never alone; that He is there to help and give me strength, and that there are often people just waiting to come alongside to help.

Have you “had enough?” Run to God in surrender. He is waiting to whisper words of hope and encouragement to your heart. 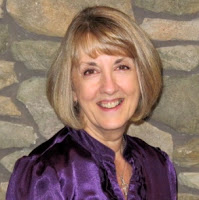 Vicki Judd is an ordained minister with the Assemblies of God in the Northwest Ministry Network. In May of 2013, she graduated from Assemblies of God Theological Seminary with a Master of Arts in Christian Ministry. Vicki’s passion to teach God’s Word has provided opportunities for her to speak for women’s groups and churches all over the Northwest.  She and her husband live in Washington where they enjoy spending time with their family.

You can connect with Vicki on Facebook or Twitter . You can find her blog, All Things Considered, here.