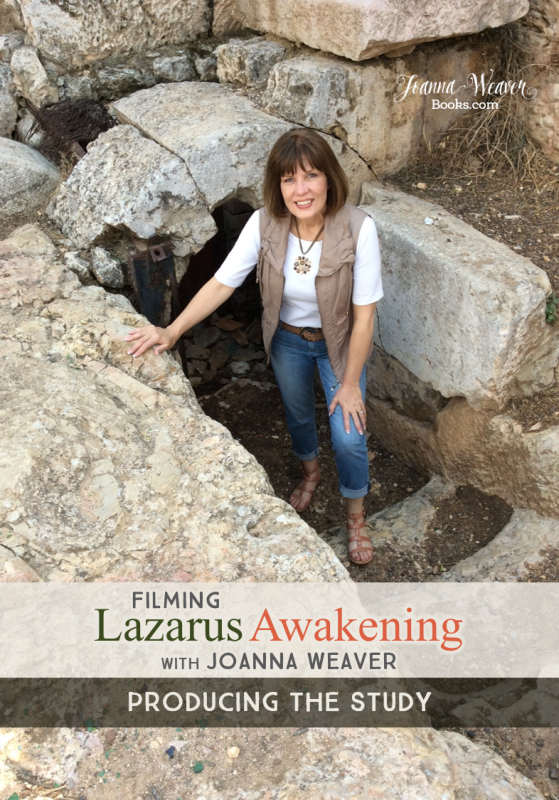 There wasn’t time for jetlag when we got back from Israel.

After putting the Having a Mary Spirit DVD Study on hold for Lazarus Awakening, it was time to dive back into that project and finish it up.

It was a little jarring to tell the truth, my heart was still in Israel. But God is so kind. He’s made us adaptable creatures – which really is a grace.

Somehow, between finalizing the other project’s study guide and video, Kristie and I were able to nail down specifics for Lazarus Awakening while it was fresh in our minds. Documenting receipts, but also compiling our many pages of scattered, scribbled notes taken during the shoot.

Putting the Pieces Together

Finally it was time for Frank and I to turn our attention to Lazarus. With so many scattered segments involved in creating the sessions, Frank had a big job ahead of him as he waded through eight days of Israel footage.

Thankfully, due to my writing A.D.D. (a strong and habitual tendency to work on anything except the thing I should be working on – especially while writing!), I had already created a couple of documents Frank found helpful as he worked on the sessions. 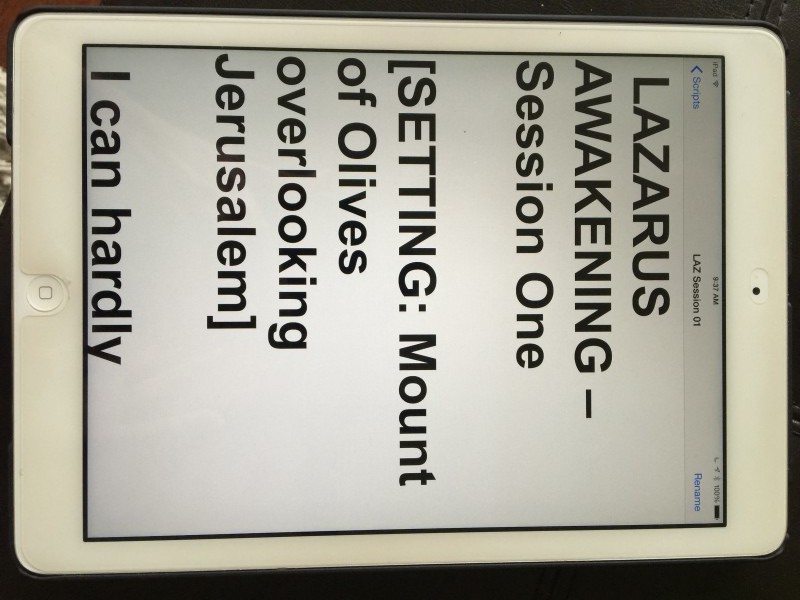 The first document pulled together the scripts from the teleprompter. With so much last-minute editing done on site, Frank was able to find the actual wording used on the film.

(For those interested, we used a great iPad app called ProPrompter.)

The second document I gave Frank outlined each session by segments, complete with film location and first line. It looked something like this:

But there was still a huge piece of the project missing. Remember our Israel expert and guide who got so sick and wasn’t able to go with us on the trip? [See “Preparing for Israel.”]

Amy Turnage was a key component to the project. As one of the directors from the Center for Holy Lands Studies, the interviews with Amy would be the heart and soul of the Israel Moment bonus videos. Giving viewers a sense of Israel, but more importantly, insight into the life of our Savior.

Gratefully, I had a speaking event scheduled north of Springfield, Missouri where both Frank, my videographer, and Amy live. So we arranged to film the interviews as well as a couple of things we weren’t able to squeeze into our time in Israel (such as, correcting two significant misspeaks on my part!) 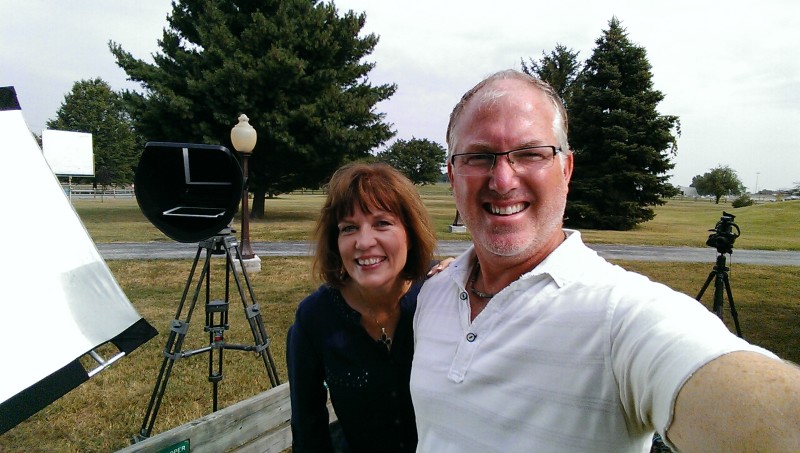 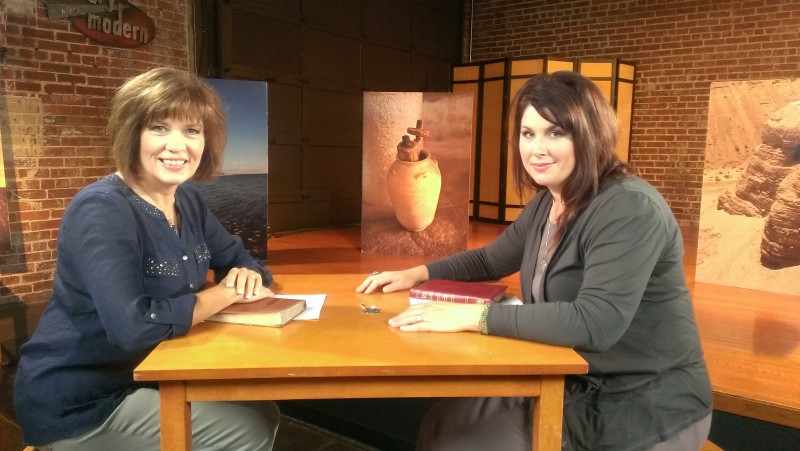 It was wonderful reconnecting with Amy at the beautiful set Frank created in a downtown photography studio.

I had so much gratitude I needed to express! Though acute bronchitis had kept my friend from going to Israel, Amy was certainly the driving force behind the trip’s success.

From the beginning, she’d handled all the logistics: advising me on shoot locations then working with Amiel Tours to arrange permits , transportation, and lodging. At the start of the trip when Frank and Amber’s flight was cancelled, it was terribly sick Amy who worked tirelessly to rearrange the entire filming schedule.

Because of this amazing woman sitting across the interview table, the entire trip had been smoother than I’d ever dreamed.

The conversation we shared that day was sweet and deep. As I listened to Amy’s wisdom, I couldn’t help but wonder…Would these segments have been as powerful had we tried to cram them into spare moments while we were in Israel?

And would that have even been possible?

Once again, I had to smile at the wisdom and goodness of God to interrupt our plans in order to accomplish His.

Because you see, His “ways and…thoughts” are not only are “higher” than ours (Isaiah 55:9), they are immeasurably better.

And don’t you just love that about God!

Describe a time when God’s wisdom and goodness interrupted your plans.

To read the entire blog series… go to “The Dream”