The Problem of Lust (It’s Not What You Think!) 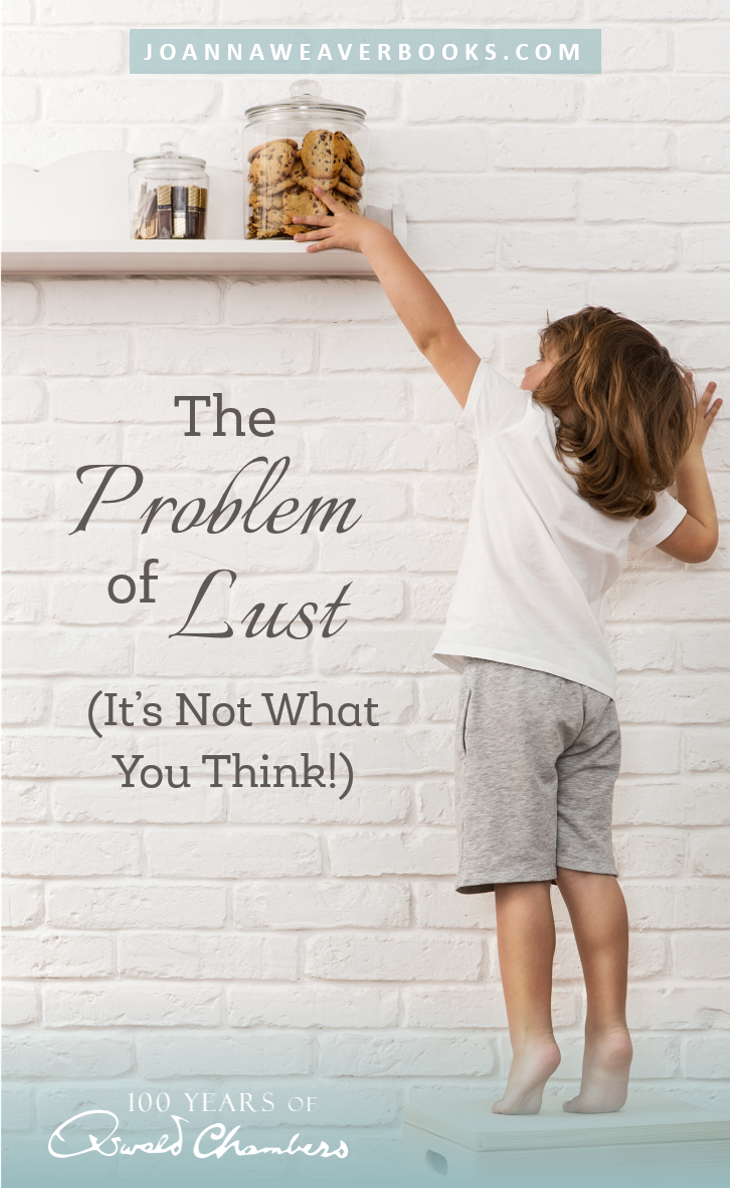 Do you ever find yourself thinking “I must have it now”?

OSWALD: If a child gives in to selfishness, he will find it to be the most enslaving tyranny on earth. There is no power within the human soul itself that is capable of breaking the bondage of the nature created by yielding.

For example, yield for one second to anything in the nature of lust, and although you may hate yourself for having yielded, you become enslaved to that thing. (Remember what lust is— “I must have it now,” whether it is the lust of the flesh or the lust of the mind.) – (My Utmost for His Highest, March 14th – Updated)

Yielding. It’s a word that isn’t used often these days, but it’s power should not be underestimated. For whatever we yield to (that is, give into time and time again) will eventually wield great influence over our lives.

Oswald’s definition of lust in this entry has stayed with me for years. Before reading it, I’d always equated lust with sexual immorality. Because I didn’t struggle with that particular area, I didn’t think I had a problem with lust. But lust is far more complex, yet at the same time, simpler and more insidious.

Lust is the “I must have it now” tendency that wants to infiltrate every area of our lives.

In a very real sense, lust leads to slavery to self.

“When you yield to something, you will soon realize the tremendous control it has over you. Even though you say, ‘Oh, I can give up that habit whenever I like,'” Oswald writes, “you will know you can’t. You will find that the habit absolutely dominates you because you willingly yielded to it. It is easy to sing, ‘He will break every fetter,’ while at the same time living a life of obvious slavery to yourself.”

How do we escape the tyranny of lust?  I think it begins by leaving emotional toddler-hood behind and choosing to learn the art of delayed gratification.

When it comes down to it…the life we long for will never be found in the things we lust for. It’s only found in TRUST – looking to God rather than self as our source. Even when that Source refuses to give us the things we are convinced we need.

This sermon from Charles H. Spurgeon has helped put it into perspective for me:

If you want to ruin your son, never let him know a hardship.

If you want to prevent his being made useful in the world, guard him from every kind of toil.… Do not suffer him to struggle. Wipe the sweat from his dainty brow and say, “Dear child, thou shalt never have another task so arduous.”

Pity him when he ought to be punished; supply all his wishes, avert all disappointments, prevent all troubles, and you will surely tutor him to be a reprobate and to break your heart.

But put him where he must work, expose him to difficulties, purposely throw him into peril, and in this way you shall make him a man, and when he comes to do man’s work and to bear man’s trial, he shall be fit for either.

My Master does not daintily cradle His children when they ought to run alone; and when they begin to run He is not always putting out His finger for them to lean upon, but He lets them tumble down to the cutting of their knees, because then they will walk more carefully by-and-by, and learn to stand upright by the strength which faith confers upon them.…

We have a good, good Father who loves to give us good, good gifts, but He won’t give into our childish demands. Instead, He’ll discipline us so that we’re able to say no to ourselves and the “I must have it now” lust of our flesh.

What area of your life has become a stronghold after yielding to it time and time again? What area have you assumed would be easy to give up until you tried to lay it down?

There is only one answer to the slavery formed by yielding. Yield yourself to Jesus. Only He can break your chains. Click To Tweet

Crucifying the flesh won’t be easy. I can promise you that your lower nature will find a thousand excuses why yielding to God just couldn’t and wouldn’t be wise.

But as you cooperate with grace and say yes to God, the power of the Holy Spirit will begin to do what you could never do on your own. As Oswald says, “Yielding to Jesus will break every kind of slavery in any person’s life.”

And whom the Son sets free, will be free indeed.

Get Your FREE Journal!

Filled with practical tips and space to record time in God's Word, the MY UTMOST Journal also has room for devotional reflections.

Success! Now check your email to confirm your subscription.

I’d love to hear from you…What area do you need to yield to Jesus today?