Renouncing the Hidden Things of Dishonesty 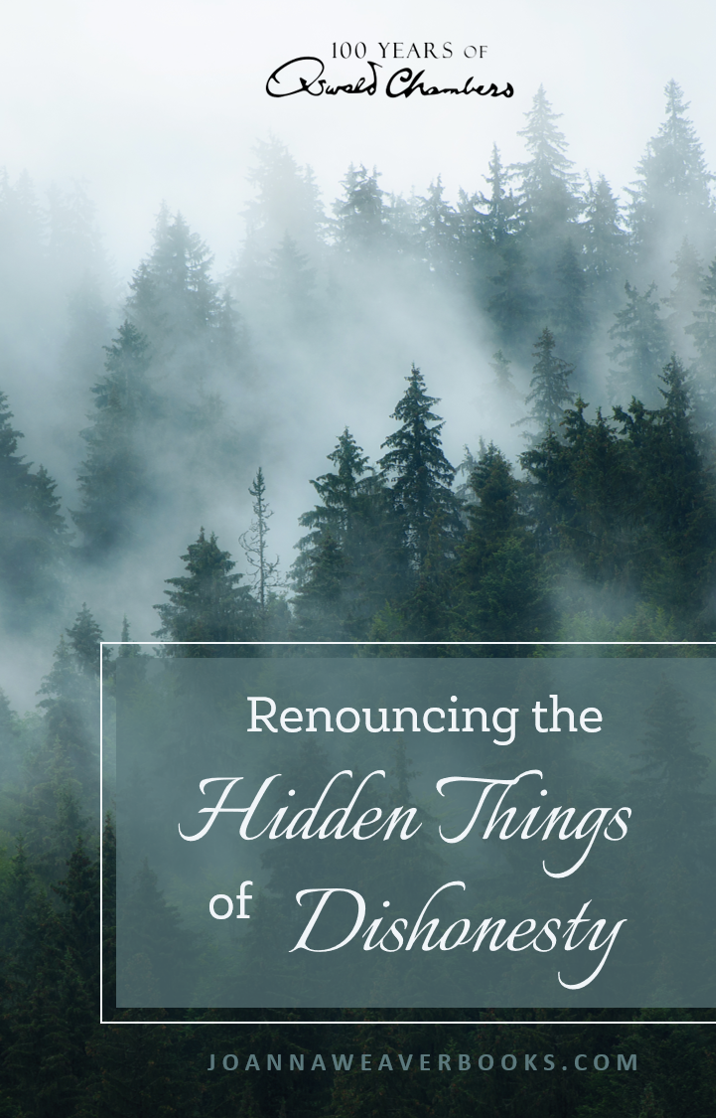 Is it still a sin if no one knows about it?

VERSE:  “But have renounced the hidden things of dishonesty.”2 Corinthians 4:2

OSWALD: “Have you ‘renounced the hidden things of dishonesty’ – the things that your sense of honour will not allow to come to the light? You can easily hide them. Is there a thought in your heart about anyone which you would not like to be dragged into the light? Renounce it as soon as it springs up; renounce the whole thing until there is no hidden thing of dishonesty or craftiness about you.” – (My Utmost for His Highest, September 15th)

Growing up in church, we were warned not to “smoke, drink or chew – or go with boys who do!”

There was a list of big-S-sins we were told we must always avoid, and for the most part, I did. I was “Pollyanna DoGood” almost from birth. I played by the rules and did my best to make sure everyone else did as well.

Like the time I found my little sister Linda and cousin Chuckie hiding down the block, though they were told not to leave the yard.

They begged me not to disclose their location as they huddled next to a fence. But justice demanded action – they had broken the rules and had not come home when they heard us calling. The fact they’d left me out of their escapade didn’t help, but being merciful and forgiving, I chose to disregard the slight. The overarching sin of rebellion, however, had to be punished.

“Grandma!!” I yelled as I smiled down at their pleading little faces. Grandma came and justice was served. Though it was dispensed through several layers of snow clothes, Chuckie never stayed the night again. Poor wimpy whiney fellow.

I somehow avoided the big sins as a teenager, but never quite escaped the insidious sins at work within.

In fact, like most people, I became quite adept at hiding them. The pride and anger, the anxiety and doubt. The microscopic and not-so-microscopic attitudes which are deadly if not examined and extracted by God.

They are the “iniquitous ways” David refers to in the Psalms.

I’ll never forget a sermon I heard on the meaning of the word, iniquitous. At its root, it has the idea of “twisting.” Playing with the truth to further our agendas. Protecting our rears by omitting important details. Saying we’ve already done something when we know we haven’t. Rationalizing away our sin or blaming someone else.

“Walking in craftiness” – that’s another way the Bible defines it.

The spotlight of the Spirit shone so bright that night at the altar, I literally wept for hours. It was a big-S-sin no one had mentioned in Sunday School or youth group but I had felt its deadly effects since I was a little girl.

Because no one seemed to see me hiding behind the fences and facades I’d built, no one had called me on it. Until that night, my Big Brother Jesus found me and put His finger on that sin-soaked place in my soul.

Instead of smiling smugly and calling down the wrath of His Father, He disciplined me tenderly as I cried. Allowing me to feel the pain and conviction of my sin without allowing it to swing into self-hatred and condemnation. Accepting me as I was, but still challenging me to change.

Oswald’s advice on dealing with these “hidden things of dishonesty” is so important. For simply feeling guilty about iniquity doesn’t change a thing.

We have to “renounce [sin] as soon as it springs up,” Oswald writes, “renounce the whole thing until there is no hidden thing of dishonesty or craftiness about you. Envy, jealousy, strife – these things arise not necessarily from the disposition of sin, but from the make-up of your body which was used for this kind of thing in days gone by (see Romans 6:19 and 1 Peter 4:1-2).”

In other words, don’t be surprised when dishonesty and craftiness happens. But deal with it when it does. Don’t wait for your mean, know-it-all sister to do the revealing. She enjoys it far too much.

Instead, run to Jesus and tattle on yourself to God! 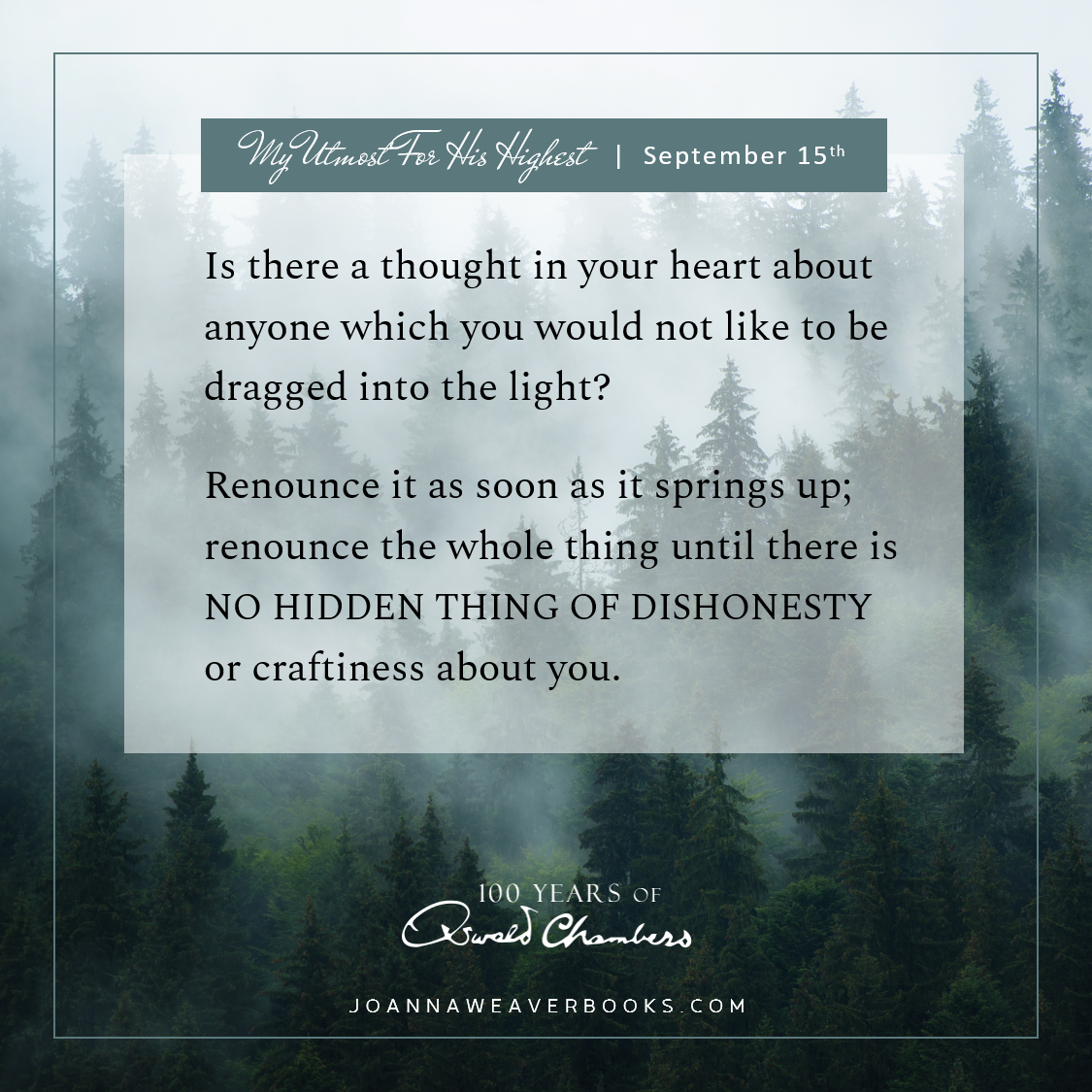 I’d love to hear from you…how have you seen hidden sins bring destruction?