Making Up for Lost Time

What starts as a good idea may turn out to be a God-idea in the end!

By day nine, we were grateful we’d tacked an extra day on the trip for sightseeing. As the list of needed segments grew, it became obvious the extra day would be spent filming pieces we hadn’t been able to film elsewhere.

Though I’d added the day for Kristie and Amber because neither had been to Israel before, being the pros they are, they told me not to worry – the trip was about the project. Their only goal was to finish the shoot and get it “in the can.”

Our last night in Israel was spent packing and scouring pages of shoot notes in order to make a list of all the remaining segments. With each session filmed in multiple pieces, and those pieces filmed at different locations across several days, it was crucial to know whether or not we had all the footage each session required. 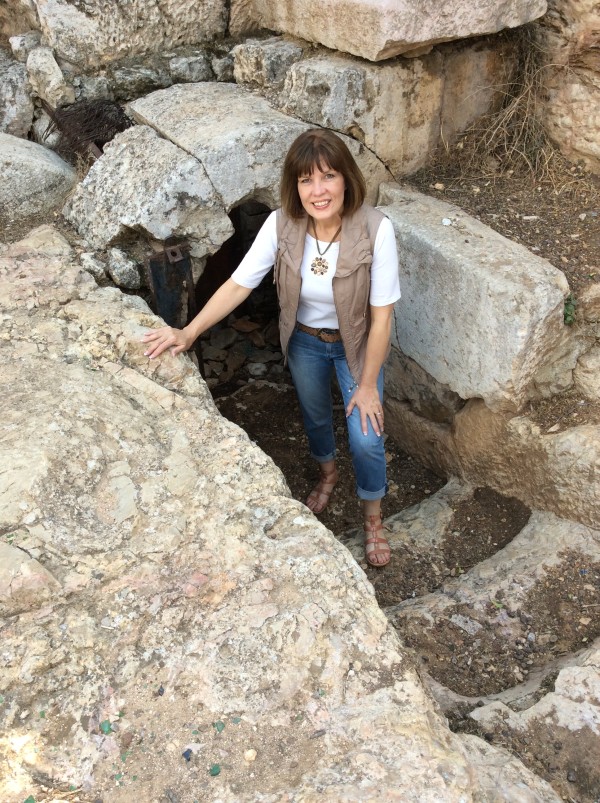 The next morning, we loaded the van for a final time and drove to Jaffa Park which overlooks the Old City of Jerusalem. Scheduled to fly out that evening from Tel Aviv, we had to shoot fast and work smart.

Fortunately, the area was familiar. We’d filmed several segments the day before at the park’s first-century tomb, known as “Herod’s Family Tomb” or the “Rolling Stone Tomb.”

With lots of interesting vistas and backdrops to film against, Jaffa Park allowed us to film all the needed segments in one general area.

Pausing between takes, I looked around at the incredibly gifted people God had given me for these DVD studies. It was sad to see the journey end. Frank and I would be in constant contact as we edited and shaped the final product, but Kristie was scheduled to go on to other things.

We filmed steadily throughout the morning, working rapidly through the list of segments. Mostly because of the clean takes I miraculously produced.

“So you wait until the last day of the last project to do that, eh?” Frank teased me and we all laughed.

When a couple of orthodox Jewish men walked toward us from the sidewalk, I was a little worried they might object to our filming. But it turned out they were fascinated by the process, especially the teleprompter set-up. Frank, thoughtful as always, stopped what he was doing and showed them how everything worked. 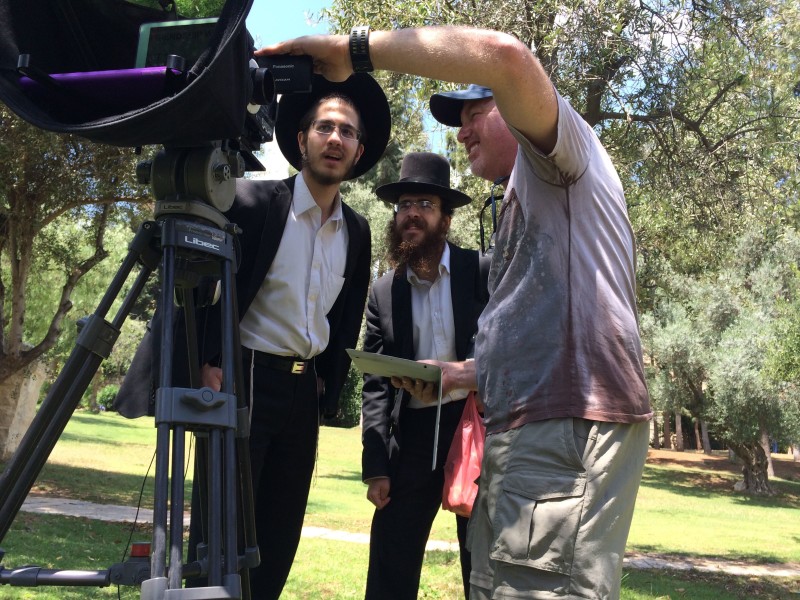 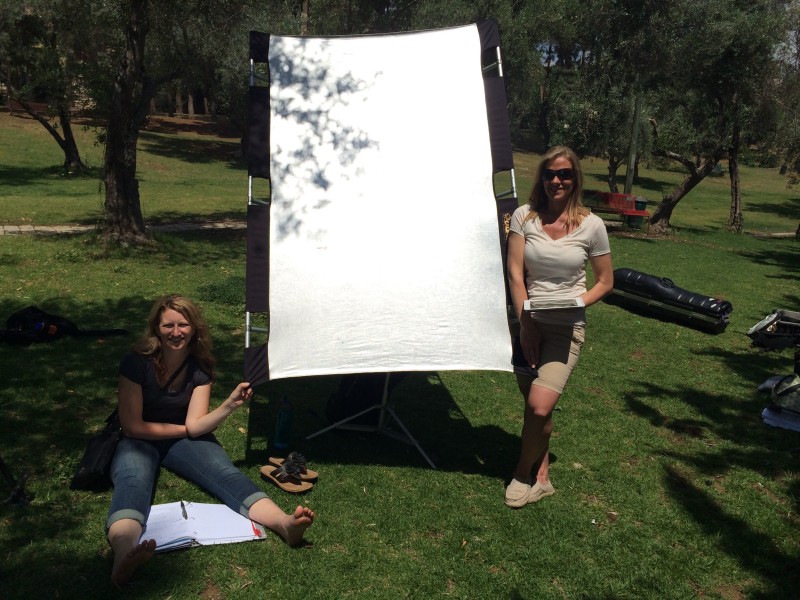 Filming Lazarus Awakening in Israel had been a dream come true for me. But in reality, it was the people beside me who were the true gift.

It isn’t often that you find people who share a desire for excellence, but even more, a deep love for Jesus Christ. In my videographer, Frank and Amber Gamble, as well as my video consultant, Kristie Kerr, God had given me both. 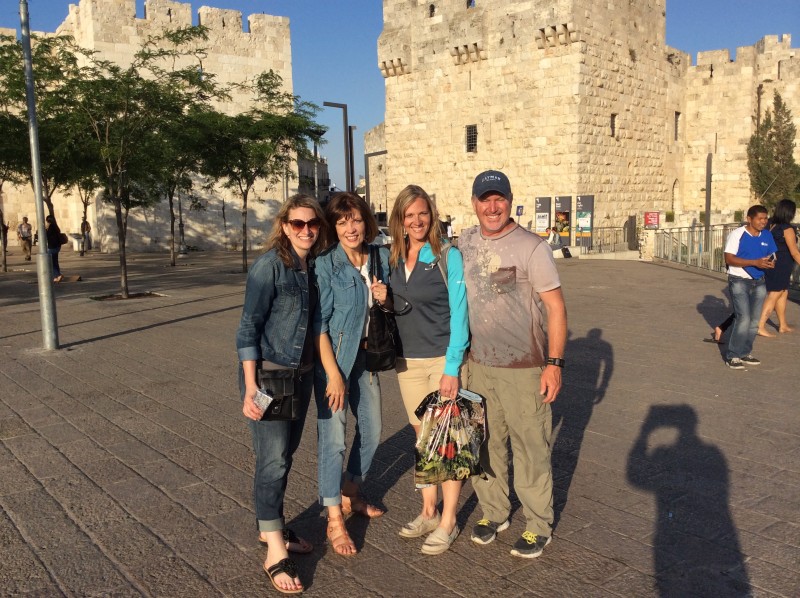 After wrapping up the shoot, we celebrated with lunch on the veranda at the famous King David Jerusalem Hotel.

We talked about the most memorable parts of the trip – Kristie’s strep throat and our marvelous hostess/Jewish Grandma, Mikki Abitbol. We joked about Frank’s driving and the blooper reel he threatened to make out of all my silly mistakes.

Frank and Amber filled us in about the nightly tourism they somehow squeezed in after long days of filming. And we all oohed and aahed about meeting noted archaeologist, Eli Shukron, and the tour he gave us through the Citadel of David the night before.

The Lord had certainly blessed us. With time to spare before leaving for the airport, we walked into the Old City to pick up a few souvenirs. Winding our way through the narrow marketplace, I took mental snapshots of the timeless beauty that is Jerusalem.

It had been a glorious nine days. A gift from God none of us would ever forget.

What place in Israel would you like to visit most?

Here are some more snapshots of our time in Israel…